Review of Lost In Light Rotation Album by Tullycraft 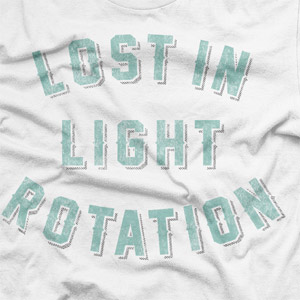 Sometimes, like on the introspective 'Queenie Co.' when Tollefson sings, "I love my music but I'm tired of my fake friends" Tullycraft's melancholic side takes centre stage. Similarly, 'We Knew Your Name Until Your Heart Stopped' shows their more pensive side. Although not wholly representative of either band or record, it serves as a welcome respite from the upbeat janglefest at the heart of 'Lost In Light Rotation'.

It goes without saying Tullycraft love all things Joey, Johnny, Dee Dee and Tommy, and on three chord wonders 'Westchester Turnabouts' and particularly 'From Wichita With Love', which features the coda from 'Do You Wanna Dance' in its outro, tributes are paid handsomely. Better still is the delightfully titled 'No Tic, All Tac', which seems to focus on an unnamed Scots band that where "Every single one's got their hair dyed black" while they "never played a single show outside of Glasgow Green." The plot thickens.

Ultimately, Tullycraft have returned with a record that showcases them doing what they do best. Time for the young pretenders to move over; the real deal are back in town. Let's hope it doesn't take another six years for the follow-up.