The indescribable Tu Fawning return with a new album 'A Monument', out May 7th with City Slang. A diversely beautiful sound we've yet to categorise! A dark and effectively gothic video has also been released for their single Anchor; a similarly dark and solemn record made all the more breath-taking by the exquisite vocals of Corrina Repp. The track is also to be released on 7" vinyl for Record Store Day (April 21st) and backed with remix by Haushka.

The Monument poses a unique concept even to Tu Fawning themselves, the previously deep and morbid sound of blues-guitars being replaced by the frequent use of melodious keyboards, making it virtually impossible to make a comparison to any other current pop band.

The 9 track album was recorded in San Francisco, Portland and additionally at Menomena's Justin Harris' house. As well as the customary guitar, bass, keyboards and drums; marching band drums and several synths were used to bring the tracks to life giving them each a unique sound which collaborate together to produce this colourful album. A true success! 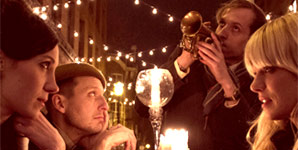 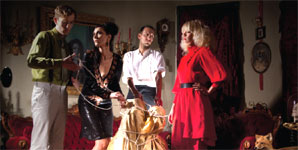 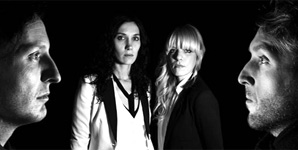 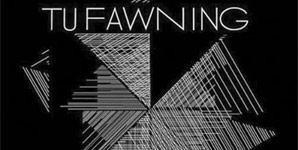