Have your say on The Last of Us movie in our poll below.

The first thing people think about when a brilliant video game is mooted for a big screen adaption is: ‘is this a good idea?’ Well, games don’t get any more brilliant than The Last of Us, so the question is as pertinent as it’ll ever be. And judging on everything we know so far, we’d say it is a good idea.

First off, a little on how the game came about from Screen Gems President Clint Culpepper: “Screen Gems’ Brian Dukes and Eric Ling brought this game to my attention insisting we go after it, and when I saw the quality of the storytelling, I knew the audience for this project was far greater than just the gaming community and that Neil Druckmann must write the screenplay .I am thrilled that SCEA’s Riley Russell was able to get me in front of Neil and Evan Wells to plead my case. Sam and his team at Ghost House round out the perfect team to help realize Neil’s vision.”

In case you managed to miss the hype surrounding the Playstation 3’s crowning glory that is The Last of Us, it’s a linear action adventure game set in a dilapidated, post apocalyptic America, and centres on the journey taken by Joel and Ellie, the game’s lead characters and central appeal. The first piece of good news about The Last of Us movie is that it’ll be written by Naughty Dog’s creative director Neil Druckmann, meaning the integrity of the game will have a chance of translating across mediums. Spider-Man and Evil Dead veteran Sam Raimi is amongst the producing team, which is also no bad thing.

One of The Last of Us’ most impressive aspects was the character acting; a facet of storytelling often overlooked by videogames. But with modern technologies, Troy Baker and Ashley Johnson were able to bring Joel and Ellie to life in a way no other game has been able to. "From experience I trust implicitly everyone at Naughty Dog," explained Baker to IGN. 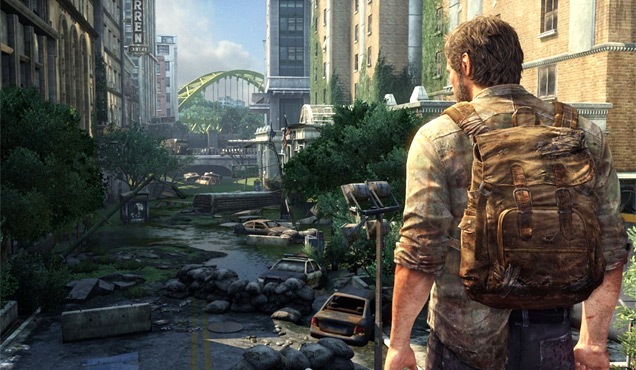 Get to the bridge...

"From Christophe to Evan to Bruce Straley to Neil Druckmann. To everyone who liked that game, you need to trust what they’re doing. I know that if it wasn’t going to be something that accurately represents that story, they wouldn’t do it,” he added. “So I’m 100 percent behind it. If I get a chance to be a hunter or a clicker, I’d be so happy! But even if not I’ll participate in watching the film with just as much enthusiasm and excitement as if I was in it."

It’s that trust that needs to be replicated by the game’s fan if the film is going to be a success. Naughty Dog have such caché amongst gamers for creating Jak and Daxter, their work on Uncharted and the indomitable Last of Us; the fact they they’re involved in the movie shows a connection, as it would be easy to take a rights offer in a lucrative deal and leave the film in foreign hands.

Do you think The Last of Us can possibly be a good idea? Is it too early to tell? Are you more interested in Last of Us 2? Have a vote in our poll below and don’t forget to comment with your opinions.