Even if you're not the biggest fan of Nine Inch Nails, it's hard to argue with the fact that Trent Reznor is a gift to the world of cinematic scores. Since his first venture into film score composition with David Lynch's Lost Highway in 1997, Reznor has worked extensively with the likes of David Fincher and others, usually with his collaborator Atticus Ross, to produce some iconic themes. 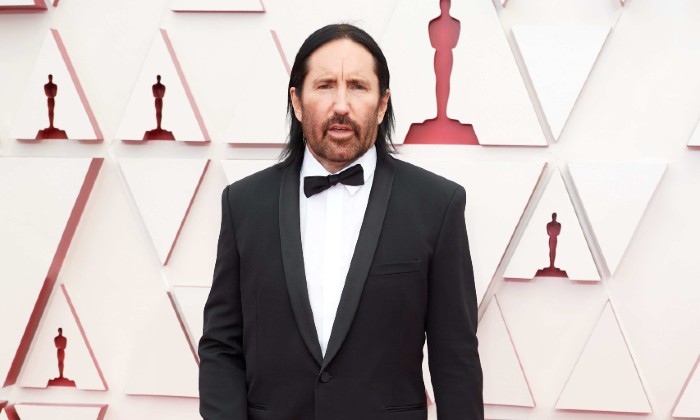 Now the industrial rockstar has won his second Academy Award thanks to his work on the Disney Pixar film Soul, ten years after he landed his first Best Original Score award for The Social Network. But where did his interest in movie soundtracks all begin?

Reznor has himself admitted that his life experience as a child largely circulated around film and TV as he lived in an isolated Pennsylvanian town, which naturally would have given him his first taste of music. He would begin to learn piano at the age of 12, and the rest - as we know - is history.

In 1994, Nine Inch Nails released their landmark second album The Downward Spiral, but that same year also saw Trent Reznor producing the soundtrack for Oliver Stone's Natural Born Killers. He was just on a portable Pro Tools set-up in his hotel room back then - we'd assume that his latest work had slightly more sophisticated equipment. With Nine Inch Nails, he released the exclusive song Burn for the film, as well as a cover of Joy Division's Dead Souls for The Crow.

Three years later, he was collaborating with Peter Christopherson on Lynch's Lost Highway, producing two pieces for the score - Driver Theme and Various Ominous Drones, as well as recording a new song for the movie with Nine Inch Nails: The Perfect Drug.

In 2004, he was credited as a musical consultant on Man on Fire starring Denzel Washington (the soundtrack of which featured several Nine Inch Nails songs), and he went on to compose the theme for 2009 Japanese cyberpunk horror Tetsuo: The Bullet Man.

However, it was David Fincher's Mark Zuckerberg biopic The Social Network in 2010 that presented Reznor with the opportunity to compose a full film score alongside Atticus Ross, and that marked the beginning of a visionary friendship. Since then, he's composed the music for every David Fincher movie: 2011's The Girl with the Dragon Tattoo, 2014's Gone Girl and 2020's Mank. The former won the Grammy Award for Best Score Soundtrack for Visual Media and the latter beaten to the punch for all the major awards by another of Reznor's film scores: Soul.

There was a time it was difficult to imagine Reznor working with anyone other than Fincher, with him once describing his work as "a pursuit and dedication to uncompromised excellence". But in 2016, he and Ross worked on the climate change documentary Before the Flood as well as Beter Berg's Patriot's Day.

Since then it's been pretty much non-stop; there was the docu-series The Vietnam War and Susanne Bier's meme-worthy Netflix horror Bird Box in 2018, Jonah Hill's directorial debut Mid90s, Trey Edward Shults' romantic drama Waves and Damon Lindelof's Primetime Emmy-winning TV adaptation of Watchmen.

The jewel in Trent Reznor's crown, though, has to be Disney's Soul. With an Oscar, BAFTA, Critics' Choice Award and a Golden Globe among others now under his belt for that one movie, it's the sensational score that brings this tale about a jazz pianist trapped in a world which sits between life and death... Err... to life.

"There are the other planes where the film takes place, and that was us, primarily", Reznor told Variety, talking about the contrast between his and Ross' work and the earthy jazz of Jon Batiste. "[Our music is] ethereal, synthetic and meticulous."

Since his big Oscars win, Reznor has assured Nine Inch Nails fans that he expects to get back to work in the studio imminently, with his stint as a film composer re-energising him and inspiring him to create more material for his band. We definitely can't complain.