Watch the emotionally charged trailer below.

Don’t Ask Don’t Tell was the official United States policy surrounding gay and lesbian members of the military. ‘Burning Blue’ explores the relationship between two men, set in that period circa 1994 in a film that has been dubbed by the Internet as ‘Top Gear meets Brokeback Mountain’. DMW Greer steps behind the camera to direct this one, which is based on his critically acclaimed play of the same name. Written in 1992 and first shown at The King's Head Theatre on London’s Fringe, the play was a huge hit, and has been in development for the silver screen since 2010.

Greer says the basis for the story came from his own life. “In 1987, a classmate and fellow Navy Pilot was killed in an accident while piloting a routine jet training flight over the California desert,” he said in a statement about the film.

“While I’d lost several friends in aviation accidents, ‘Matt’s’ death was different. While it did not fully occur to me until he was gone, I realized I’d been in love with him for many years. It was something understood and experienced together but never discussed.”

He continues, “It was a devastating loss, nearly overwhelming. Still as all military aviators are trained to do I worked to isolate and compartmentalize everything – putting the experience aside and carrying on.” 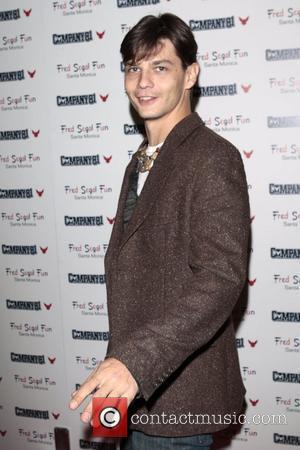