Review of The Mountain Moves Album by Treetop Flyers

The harmonious, folk rock styling of Crosby Stills, Nash & Young, America and Buffalo Springfield formed a rock under current that will never truly die, and Treetop Flyers are the latest band to put this theory into practice. The Mountain Moves is the first full-length release from the 4/5 English group (drummer Tomer Danan is American), caring on a tradition that has seen Fleet Foxes, Cherbourg, The Pines - to name but a few - achieve recognition and praise in recent years. 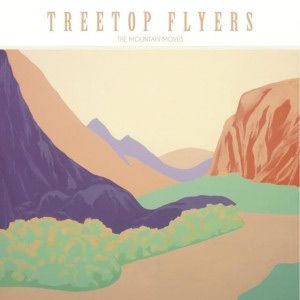 Despite their metropolitan and distinctly British upbringing - most of the band at least - the group do not once ease off on their folksy, Americana style creating a consistent listen that, whilst admittedly does not give too many surprises, it still never fails to engage and entertain. Maybe it's the tried and tested formula that keeps the album going so steadily; the sense of nostalgia and warmth that accompanies the soulful vocals of Reid Morrison or the tight as a bolt compatibility of the rest of the band to makes The Mountain Moves a reasonably rewarding listen. Whatever it is, the group are doing something right.

Kicking things off with 'Things Will Change,' the euphoric pop rock first single from the album, the band set the ball rolling with what is the stand-out track on the album. Its simple pop structure allows the listener to ease into Morrison's vocal style - which sounds as though Mick Hucknall is trying his best Neil Young impression - one that carries gravitas and joy in equal measures and never falls second fiddle to the noise of the rest of the group. Admittedly, the band never manages to reach these heady heights again, but they do come close to creating other joyous pop numbers as the album progresses.

The melancholic 'Waiting On You' lets the band get serious, carrying that persistent lyric that 'things change' - a regular theme of the album. Like 'Making Time,' 'Storm Will Pass' and the beautiful album closer 'Is It All Worth It,' the track is about rolling years, unwarranted and unwanted change and perhaps most of all regret, or rather a questioning of the validity of holding regrets. The band may be a relatively new creation, but its members are old hands in the way of the world, with each song carrying a poignant reflection on love, loss and moving on.

But as 'Things Will Change' first shows us, the album isn't all melancholy, and on 'Postcards' the band are ready to have fun again. The 'shoop-shoops' of the chorus and the George Harrison-like guitar breaks taking the song to the glorious summers of the bygone era they are trying to recreate. Yes, the band is a throwback collective, but can anyone really blame them for wanting to bring back this simpler, more well-meaning genus?

The Mountain Moves isn't the most original release of the year by a long shot, but the lingering impact of their throwback tunes will be difficult to match by their contemporaries. Please, though, don't compare them to Mumford and Sons. 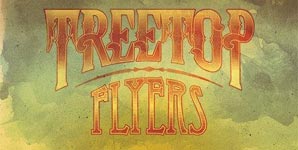 Treetop Flyers - To Bury The Past