Travis Tritt Unharmed As Fire Breaks Out At Georgia Home

Country Star Travis Tritt Is Breathing A Sigh Of Relief After Escaping A Fire At His Georgia Home Unharmed. 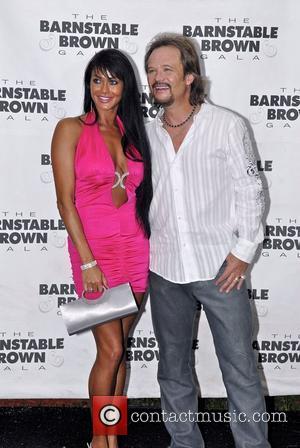 The singer was in the main house of his Powder Springs estate on Wednesday (29Jul15), when his mother-in-law returned from a grocery store and discovered the backyard had gone up in flames.

Firefighters were called to the property and managed to put out the blaze, which engulfed the pool house and kids' play area.

Tritt, who ironically has a song called, It's a Great Day to be Alive, has since taken to Twitter.com to express his gratitude, writing, "Fire destroyed the kids playground at my house today. Thanking God that nobody was hurt and no other major damage."

The cause of the fire was unknown as WENN went to press, although TMZ.com reports the current heatwave in the area could be to blame as temperatures soared to over 90 degrees Fahrenheit (32 degrees Celsius).

Travis Tritt Unharmed As Fire Breaks Out At Georgia Home

Travis Tritt - It's a Great Day to Be Alive Video

Travis Tritt Strong Enough To Be Your Man Video