Scott accepted a plea deal from prosecutors, who dropped the more serious charges of inciting a riot and endangering the welfare of a minor, following the gig back in May 2017.

Rap star Travis Scott – the father of Kylie Jenner’s newborn baby – has reportedly pleaded guilty to disorderly conduct following an incident at one of his concerts in Arkansas last year in which he apparently incited the crowd to storm the stage.

Scott’s attorney confirmed to E! News and other outlets that his client accepted a plea deal from prosecutors back on January 12th, in which Scott pleaded guilty to disorderly conduct in return for the two more serious misdemeanour charges, of inciting a riot and endangering the welfare of a minor, being dropped.

Scott was ordered to pay $640 in court-associated costs, and paid out $6,825.31 to two persons who claimed they were injured at the concert back in May 2017.

That disorderly conduct charge, in turn, could likely end up being expunged from the rapper’s criminal record.

Scott was originally arrested back in May 2017, and was charged by police with the three original accusations after allegedly inciting the crowd at the concert at the AMP in Rogers, Arkansas to start a riot.

More: Have Kylie Jenner and Travis Scott broken up?

Authorities claimed he had encouraged people to rush the stage, bypassing security protocols in place that ensure safety for concert-goers.

Keith Foster, of Rogers Police Department, said following the incident: “During the rush to the stage several people were injured, including an employee from the security company hired to help monitor and control the crowd, and a member of the police department. The injured subjects were treated at the AMP by members of the Rogers Fire Department and Mercy Medical.”

“He didn't feel that he was responsible for the injuries, but he felt bad and wanted to do the right thing,” Scott’s attorney Jon Nelson told E! News following the ruling. “We thought the police way over-charged him. In the end, we feel that the prosecutors did the right thing.”

Meanwhile, Scott and his girlfriend Kylie Jenner recently welcomed their first daughter into the world last weekend, with Jenner taking to Instagram to reveal her baby’s name as Stormi Webster.

More: So, how does Kris Jenner feel about Kylie’s pregnancy? 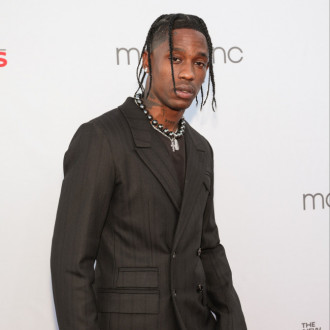