Travis Barker has urged Tom DeLonge to ''man up'' and quit Blink-182 for good. 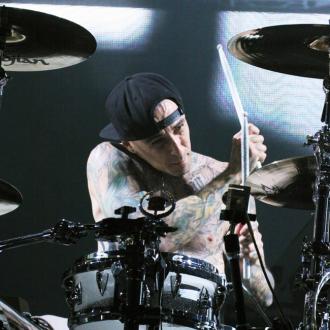 Travis Barker has urged Tom DeLonge to ''man up'' and quit Blink-182.

The drummer and his bandmate Mark Hoppus are preparing for a gig without the guitarist in two weeks time and the rocker thinks his estranged bandmate - who will be replaced at the show in California by Alkaline Trio's Matt Skiba - should make his indefinite hiatus permanent and walk away.

Speaking after Tom repeatedly denied Travis and Mark's claims he had left the band, the drummer said: ''I think the right thing for him to do would [be to] just man up and quit the band instead of telling people he didn't quit and just be real with the fans. I think that would give him some closure too and really do what he's passionate about.''

Travis believes Tom's heart is no longer in the band because he doesn't even like their type of music anymore.

He told Alternative Nation: ''Even amongst all the other projects I do, I can always find a way to prioritise and still be passionate about Blink-182 when it comes around.

''I love playing, listening and everything about punk rock. It changed my life. I think for Tom, he doesn't like punk music and it was a phase for him.''

And Travis claims it is the third time Mark has walked away from the band.

He added: ''I think this is the third time he's quit without anyone knowing about it because we didn't announce the other times. But this is just the last straw.

''It's just not cool for the fans. He'd always agree to go on huge tours and record albums, but when it came down to going into the studio, he'd find some excuse not to. And we wouldn't even hear from him; it would be his management. It comes to a point where you decide you're not going to force anyone to do anything they don't want to do and it's time to move on.''