Rocker Travis Barker Was In Constant Agony As He Underwent Multiple Life-saving Surgeries And Skin Grafts Following A Plane Crash In 2008, Because His Past Drug Use Left His Body Unable To Process Painkillers Properly. 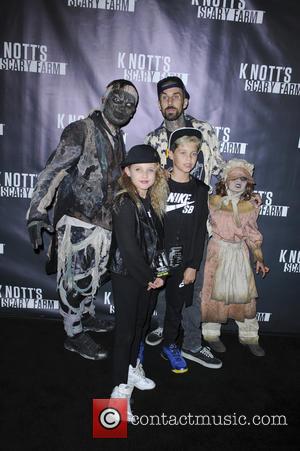 The Blink-182 star was almost burned to death when the plane on which he was flying back to Los Angeles from a gig in South Carolina burst into flames during take-off.

Barker and bandmate Adam 'DJ AM' Goldstein survived, but the drummer's friend and bodyguard and the plane staff perished in the inferno - and he underwent 27 surgeries over the course of four months, waking up in the middle of some of them.

"You're so prone to infection," he tells Access Hollywood Live. "I had, like, 65 per cent of my body was basically burned or, like, an open wound, so every couple of days they would scrub you... It was the worst.

"And then my medication wasn't right, because I was self-medicating so much before the accident that I'd wake up during surgeries. It was such a painful experience.

"I think it took them a while to figure out like, 'OK, this guy was a drug addict, and that's the reason none of these medications are working!'"

At his lowest point, he started calling friends and asking them to "end it all" for him.

"There was a point where I was waking up up during surgeries, my medications weren't right, they were talking about amputating my foot, I couldn't see my kids, no one could come and see me because of the condition I was in...," Barker recalls. "I was so prone to infection, I couldn't even have visitors.

"There were times where, at my lowest of lows, I would call my buddy and be like, 'I'll deposit any amount of money in anyone's bank account; just come end this!' It was, like, a living nightmare."