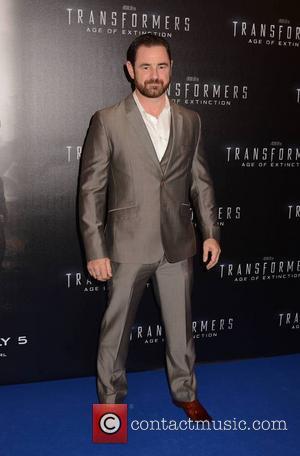 Producers behind the new Transformers movie have been cleared by officials over a stunt which left an extra in critical condition - safety regulators have ruled all necessary precautions were taken prior to the accident.
Gabriela Cedillo, 24, was airlifted to hospital in Indiana last month (Sep10) after a cable holding a car on the set of Michael Bay's third robot film snapped and sliced open her skull.
She reportedly suffered brain damage and has been left paralysed down one side of her body, while her family is taking legal action against movie bosses over the tragic incident.
Officials at the Indiana Occupation Safety and Health Administration (IOSHA) launched an investigation into the incident and have now concluded that producers did all they could to make the set as safe as possible and they won't face any further action.
A representative for the IOSHA tells TMZ.com, "(The accident occurred) due to the failure of a weld connecting a car to a cable. The weld was made by a certified welder and all necessary safety precautions were in place.
"No citations or fines will be issued. This was an unfortunate and unforeseeable accident."
The shoot was brought to a halt again on Monday (11Oct10) following another onset accident when a police vehicle crashed into the film's iconic yellow 'Bumblebee' car.
The set in Washington, D.C. was closed pending a review of safety procedures, and production resumed on Tuesday (12Oct10).