The fourth 'Transformers' movie may have taken over $1 billion at worldwide box offices, but it heads the Golden Raspberry Awards nominations list.

Amongst the praise and back-slapping of awards season, the film industry also shows its less serious side once a year. Just a day ahead of the big Oscars reveal, the Golden Raspberry Awards, a ceremony dedicated to showcasing the very worst of the world of the big screen, has announced its list of nominations, and to nobody’s surprise it’s Transformers: Age of Extinction that leads the field.

The fourth instalment of the hugely successful but critically panned Transformers saga, starring Mark Wahlberg and Megan Fox and directed by Michael Bay, has picked up seven nominations in total. They include worst picture, worst director, worst sequel, worst screenplay, worst screen combo (for any two of the fighting robots), worst supporting actress for Nicola Peltz and worst supporting actor for Kelsey Grammer. The former ‘Frasier’ star was also recognised for his roles in The Expendables 3, Think Like a Man Too and Legends of Oz. 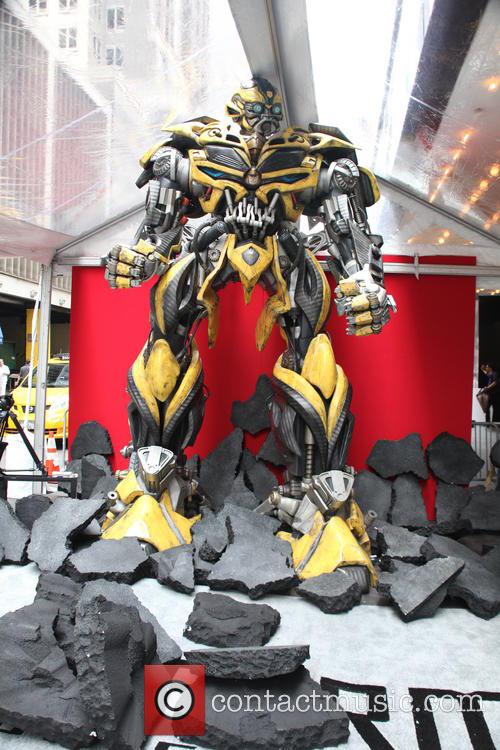 The 'Bumble Bee' Transformer at the NY premiere of Transformers: Age of Extinction in July 2014

The other films to be nominated for worst picture include Left Behind, Teenage Mutant Ninja Turtles, The Legend of Hercules and Kirk Cameron’s Saving Christmas – the latter two not far behind Transformers with six nominations each in total.

The Razzies are known for being the complete polar opposite of the prestigious Academy Awards. This year, the 35th edition of the awards, the winners are selected by online votes from the 757 members of the Razzies organisation. The ceremony will be held the night before the 87th Oscars - on February 21st at Hollywood's Montalban Theater.

Traditionally, the winners do not attend the ceremony to accept their nominations, but on occasion they do turn up to accept their gold-sprayed trophies in good humour. Sandra Bullock, for example, showed up to accept her ‘Worst Screen Couple’ gong for 2009’s All About Steve – though she did win an Oscar the very next day for her role in The Blind Side!

In the spirit of light-heartedness, the Razzies have been known in the past to include special one-off categories to ensure that rare and miscellaneous movie atrocities are included. For instance, in 1996 a category called ‘Worst Written Film grossing over $100 million’ was set up just to give it to Twister.

This year, a special ‘Razzie Redeemer Award’ has been rolled out, to recognise the increasing instances of actors and actresses that were previously considered to make terrible movies but who go on to change people’s opinions. The five nominees are Ben Affleck (from Gigli to Gone Girl), Jennifer Aniston (from several previous Razzie nominations to Cake), Mike Myers (from The Love Guru to the Supermensch documentary), Keanu Reeves (from several Razzie nominations to John Wick) and Kristen Stewart (from The Twilight Saga to Camp X-Ray).

More: Transformers sequel is the highest grossing film of 2014