Trai Byers and Grace Gealey, two of the stars of the Fox drama Empire, are engaged to be married! The proposal happened over the weekend and coincided with Gealey’s 31st birthday on Sunday (26th July). 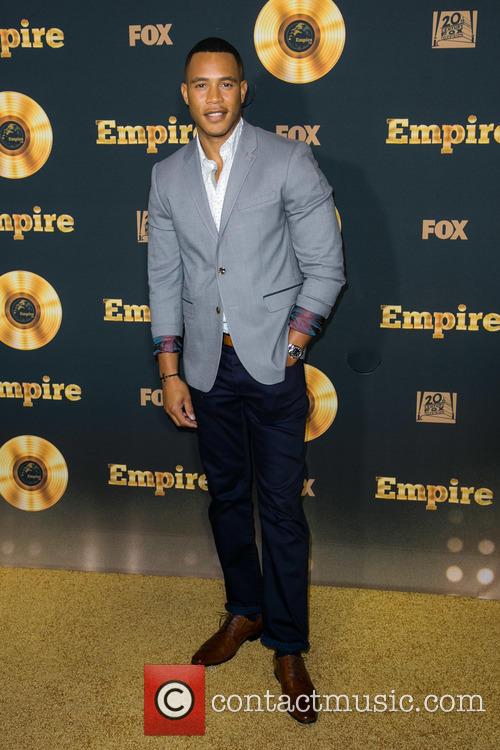 Trai Byers at the Television Academy screening of Empire in May 2015.

“He [Byers] surprised her on her birthday,” a source told Us Weekly. “He popped the question and she was totally surprised and elated. She can’t stop looking at the ring! They celebrated all night.”

Neither party has publically shared the news of their engagement. However, 32-year-old Byers shared some pictures of Gealey’s birthday celebrations. Posting on Monday (27th July), Byers uploaded a photo collage of himself, Gealey and their friends celebrating her birthday at a restaurant in Chicago. We couldn’t see a ring on her finger but we can’t be sure if the photo was taken before or after Byers popped the question!

The Empire co-stars first met when they started filming the series last year. Gealey plays Anika Calhoun, the step-mother of Byers’ character, Andre Lyon, on the show. Rumours of their relationship began circulating after they were photographed together at a wedding but Us Weekly confirmed they were dating back in March of this year. Sources, speaking to the website, claimed they were already serious about their relationship and they’ve certainly shown they’re wasting no time with their engagement!

"They started seeing each other during the shooting of the show. There was an instant attraction, people working on the show are aware about it," a source said, whilst confirming the two were dating. "When they all hang out together they'll cuddle and give a kiss, but it's nothing obscene."

Had so much fun celebrating @gracegealey's life!! Happy Birthday to an exquisite human being! Thank you @kinmontchicago for hosting us. Amazing spot, wonderful food, UNFORGETTABLE night.