A Representative For Tracy Morgan Has Distanced The Comedian From A Man Posing As His "Son", Insisting The Guy Is No Relation To The Star. 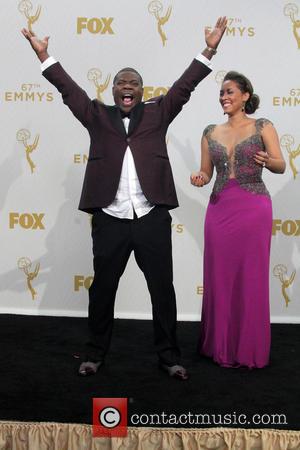 A male named Lou Morgan has been partying in New York City and celebrating the actor's return to the spotlight following his horrific car crash in New Jersey last summer (14), when Tracy suffered serious injuries including a broken leg, a broken nose and broken ribs.

He made his stand-up comeback at the Big Apple's Comedy Cellar last week (12Oct15), ahead of his triumphant return to U.S. sketch show Saturday Night Live over the weekend (17Oct15).

Lou Morgan allegedly decided to raise a toast to his "dad" at popular nightclub Haus, asking the DJs to give a "shout out to his dad, Tracy Morgan, for his recovery and the return of him hosting", reports the New York Post.

Lou's Facebook page even features photos of Tracy, who he praised on Father's Day in June (15), writing, "Happy Fathers day to the world's coolest Dad".

However, the funnyman's spokesperson has since outed Lou as an impostor, telling the New York Post, "Tracy does not have a son named Lou. It is just someone making stuff up. No one on our side knows this guy."

The 46-year-old star has three sons with his ex, Sabrina, named Gitrid, Malcolm, and Tracy, Jr., while he and his new wife Megan Wollover are parents to two-year-old daughter Maven.