Miley Cyrus and Amy Schumer also confirmed as guest hosts for the first three episodes of 'SNL' when it returns in October.

Over a year after the horrific car crash that severely injured him and killed his friend and fellow comedian James McNair, Tracy Morgan is due to make his big return to TV by hosting an episode of ‘Saturday Night Live’ in October.

The ’30 Rock’ star and former ‘SNL’ cast member will be hosting the show for the second time in his career on Saturday October 17th, the third show of the upcoming 41st season. The NBC show confirmed the news via its official Twitter feed on Monday (August 17th), also stating that Miley Cyrus and the in-demand comedienne Amy Schumer would also be hosting the first two episodes. 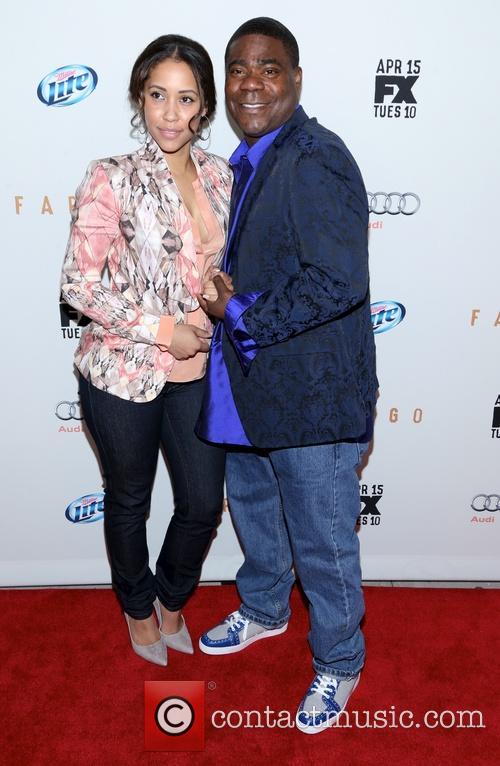 Tracy Morgan with his wife in 2014

It’ll be the first major televisual performance that Morgan has made since he was critically injured in June 2014 when a Wal-Mart truck hit the limousine that he and his friend McNair were travelling in on the New Jersey turnpike. Morgan suffered brain trauma in addition to a broken leg and broken ribs, spending many months recovering in hospital.

Last month, the 46 year old gave an emotional account of the harrowing experience on NBC’s ‘Today’ show to Matt Lauer, wondering at one point whether he was ever going to “be funny again”.

Morgan settled a lawsuit against Wal-Mart back in May for an undisclosed amount, while the truck driver Kevin Roper, who was found to have been awake for more than 28 hours at the time of the crash, is awaiting trial in New Jersey on charges of vehicular homicide and assault by automobile.

As for ‘SNL’s other shows, October 3rd will represent Miley Cyrus’ third time hosting the long-running sketch show, while Amy Schumer, hot off the success of her new comedy movie Trainwreck, will be hosting for the first time on October 10th. Musical guests will be announced by NBC in due course.