The former 'SNL' comedian was involved in a serious car accident in June 2014, which claimed one life and injured him and two other passengers.

Making his first public appearance since being involved in a devastating car accident nearly 12 months ago, Tracy Morgan fought back the tears as he opened up about his experiences in a television interview.

Morgan recounted his memories of the accident and the battles he has fought to overcome his injuries in an emotional exchange with Matt Lauer on NBC’s ‘Today’ show. He appeared with his attorney Benedict Morelli, and told the audience “I can’t believe I’m here”. 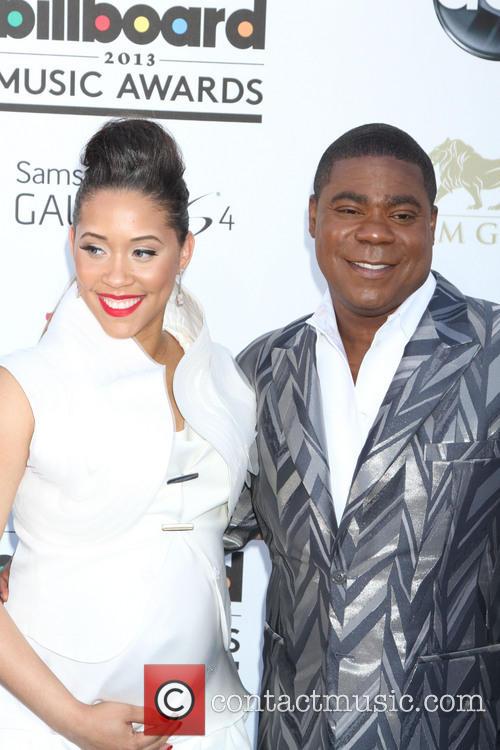 He said that he had been feeling very downcast since the accident – he was holding a cane in his right hand throughout the interview - but that his family and friends had played an important part in boosting his morale. “I’ve been down – they keep my spirits up,” he said.

The former ’30 Rock’ and ‘SNL’ star, 46, was travelling in a luxury limousine on the New Jersey turnpike in June 2014 when a tractor-trailer driven by a Walmart employee ploughed into the back of his vehicle. Morgan and two other passengers, including fellow comedians Ardie Fuqua and Jeff Millea, were seriously injured, while another, James ‘Jimmy Mack’ McNair, was killed.

Morgan says he has no recollection of the accident, only waking up from a coma two weeks later, but has watched footage of it online on many occasions. “I can’t believe I’m here, just seeing the tragedy that happened. It kind of touches me.”

About his injuries, which have been the subject of differing reports, he was frank. He revealed that, aside from the visible scars on his face, he suffers from memory loss at times, and has good days and bad days in this respect. He also suffers from occasional headaches and nosebleeds.

Walmart settled a lawsuit with Morgan confidentially last week after it emerged that the tractor-trailer’s driver, Kevin Roper, had not slept in over 24 hours and was driving twenty miles per hour over the speed limit on the turnpike at the time. About this, Morgan said: “Bones heal, but the loss of my friend will never heal. I'm happy that Walmart stepped up to the plate. They took full responsibility.”

Despite his struggles to return to full health, Morgan assured viewers that he would return to comedy once he had recovered. “My goal is just to heal and get better because I'm not 100 percent yet,” he said. “I'll get back to making you laugh, I promise you.”