The British-American citizen will be returning to the country that launched her career for the first time in nearly three decades as centre of a new six-part comedy series.

Nearly thirty years since she ceased to be a regular presence on British television, Tracey Ullman is set to return to the BBC with her own comedy series.

The actress, singer and sketch writer will front a new six-part series ‘The Tracey Ullman Show’ as part of a slew of new comedy programmes commissioned by the BBC.

Having enjoyed many years of success in the United States, the British-born Ullman said in a statement that it was “a privilege” to be back. Now 55 years old, she said “I still feel as inspired to inhabit people as I did when I was six, standing on the windowsill in my mother's bedroom, putting on a show.” 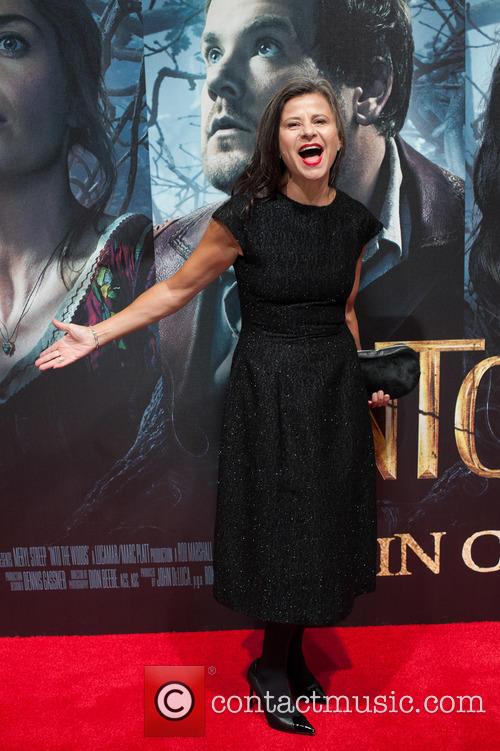 Tracey Ullman, pictured at the 'Into The Woods' premiere, is returning to Britain

“The BBC has changed a bit since the last time I worked here, when it was all men in bow ties who had completed National Service,” she added jokingly. Shane Allen, the BBC’s controller of comedy programming, added: “It's about time the Americans gave her back. Tracey has been the missing gem in the British comedy crown for too long.”

Ullman appeared on BBC comedy shows ‘A Kick Up the Eighties’ and ‘Three of a Kind’ in the early to mid-‘80s. She also had a spot on ITV comedy ‘Girls on Top’, alongside the now-established duo of Dawn French and Jennifer Saunders.

She emigrated to the United States where she starred in her own network television comedy series, also called ‘The Tracey Ullman Show’, which broadcast on Fox between 1987 and 1990. Famously, it was this show that spawned ‘The Simpsons’, at that time a series of brief animated shorts requested by Ullman’s producer James L. Brooks. She also won a host of Golden Globes and Emmys for her work on the show.

She went on to make comedy sketch shows for other networks, including ‘Tracey Takes On…’ for HBO between 1996 and 1999, and her most recent project ‘Tracey Ullman’s State of the Union’, which ended on Showtime in 2010. Just last year, she starred alongside the likes of Meryl Streep and James Corden in the musical movie Into The Woods.

More: James Corden admits he is “going to be tested” as the new host of CBS’ ‘The Late Late Show’