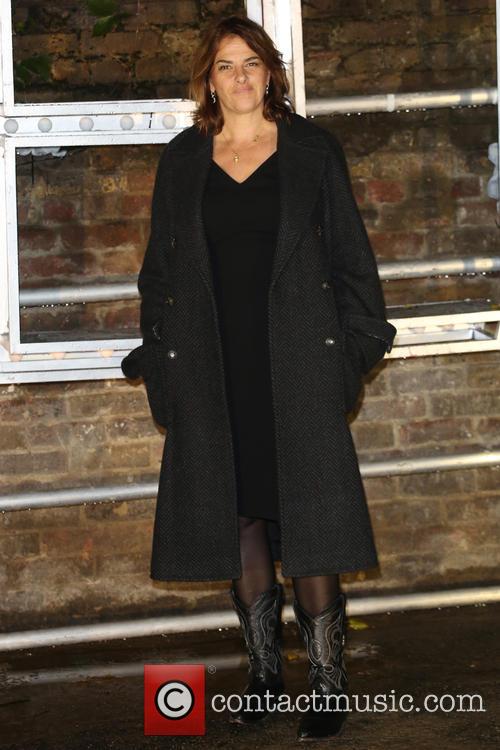 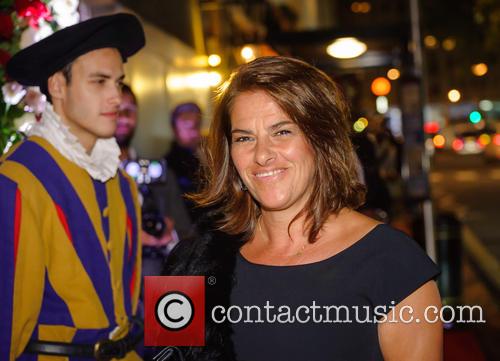 The 52 year old British artists claims she's married a rock - which is the subject of her new Hong Kong exhibition 'I Cried Because I Love You'.

Controversial British artist Tracey Emin has hit the headlines once again, this time after announcing that she’s married. Nothing scandalous about that, you might think, until you discover that her new husband is actually a rock.

That’s right – a rock. The 52 year old London-born artist, formerly of the Young British Artists and known as an ‘enfant terrible’ of the art world, explained how this situation came about, she said it started when she came across a small box containing a wedding ring purely by chance. 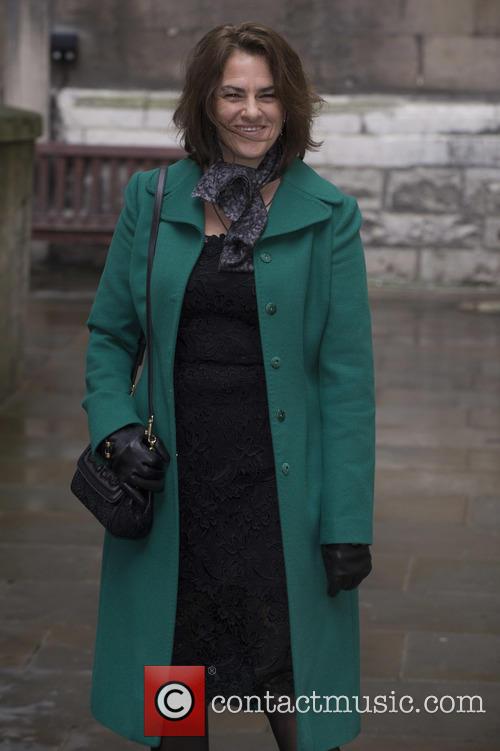 Tracey Emin has reportedly gotten married to a rock

Continue reading: Tracey Emin Gets Married - To A Rock

Tracey Emin's 'My Bed' Returns To Tate Britain After 15 Years

Tracey Emin's most famous work has gone on display at Tate Britain.

Tracey Emin's most famous work - My Bed - has gone on display at Tate Britain for the first time in 15 years. The 1998 work about the heartache of a relationship breakdown was bought last year by the German businessman and collector Count Christian Duerckheim. 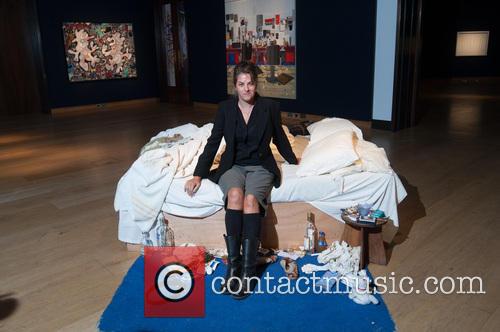 Tracey Emin with her famous work My Bed

Emin, 51, had expressed a desire for My Bed to go to a museum and described the Tate in London as "the natural home." The gallery could not afford to bid at the Christie's auction where the work sold for £2.54 million - more than twice its estimate.

By Charlotte Court in Music / Festivals on 03 December 2014

The artist's design features a patchwork rosette and a handwritten message

Tracey Emin’s design of the latest Brit Award statue has been unveiled ahead of the music ceremony in February 2015. The design is a big departure from the unmade bed installation that the often controversial artist is most famous for and it features a patchwork rosette and a handwritten message to the winning act. 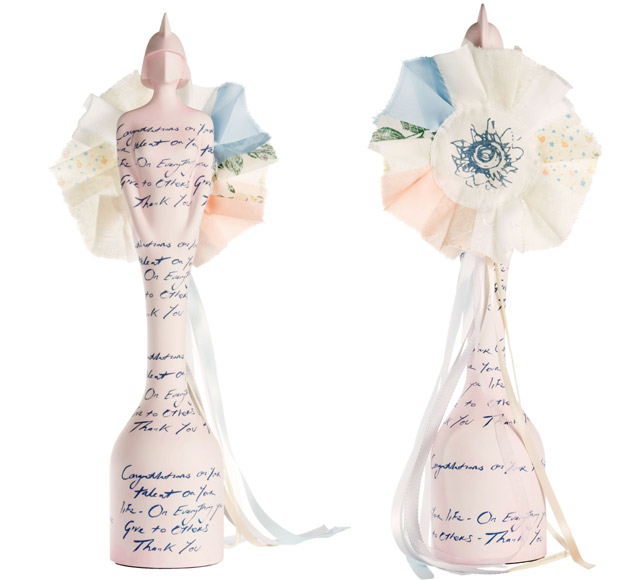 Emin has described the statue as "really Tracey-ish" and explained that she wanted the winners to have something "special" to take away.

The British artist's most famous piece, 'My Bed,' will go on display at the Tate group of museums after its new owner reached a long-term loan deal.

British artist Tracey Emin's controversial art piece 'My Bed,' which garnered more negative attention when it was sold for a staggering £2.45 million ($4.2 million) at an auction earlier this month, will remain in Britain for the foreseeable future.

Tracey Emin with her most notable art piece 'My Bed'

The art installation, which was predicted by Christie's Auction House in London to sell for between £800,000 and £1.2 million, was purchased by Count Christian Duerckheim, and on Tuesday (July 29th) the Tate group of museums announced that 'My Bed' will be placed in their care after he agreed to a loan long-term deal, Reuters reports,

Continue reading: Artist Tracey Emin's 'My Bed' Is Set To Stay In Britain For The Long-Term

The 50 year-old artist's controversial artwork is expected to sell between £800,000 and £1.2 million, but what exactly is the piece representing?

With the recent announcement that British artist Tracey Emin's most recognisable piece 'My Bed' will be auctioned off at Christie's Auction House in London, the controversial artwork has gained widespread attention once again.

Since this news was confirmed, there have been several queries about the expected price it will be sold for. The piece is being estimated to be priced between £800,000 and £1.2 million.

Many artist fanatics have reportedly criticized this for being too low, but to the untrained eye it is baffling why this particular piece is worth such a lot of money.

Continue reading: What Exactly Is So Significant About Tracy Emin's 'My Bed'? 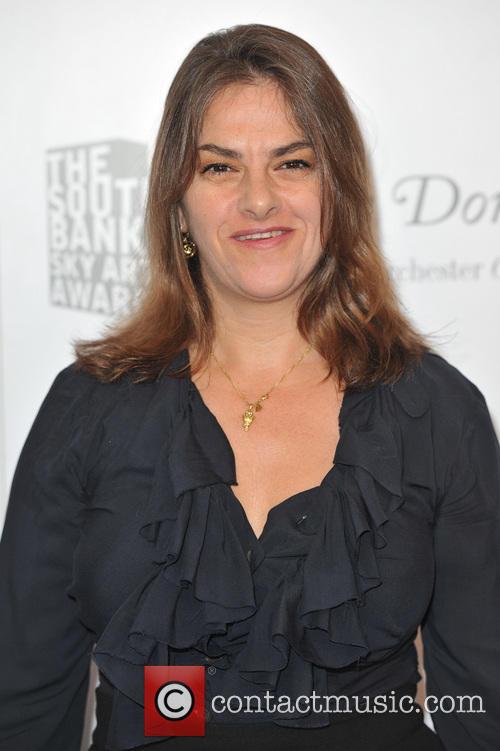 Continue reading: Tracey Emin's 'My Bed' To Sell For A Snip... Sort Of

The Annie Leibovitz shot campaign represents a change of direction for Marks & Spencer.

Myleene Klass, Twiggy and Louise Redknapp and dancing around as the latter's husband Jamie acted as DJ. We all remember the Marks & Spencer advert. We don't really want to, but we do. However, there appears to be a sea change at the British retailer - especially in the marketing department. This year's autumn womens-wear campaign will feature the likes of artist Tracey Emin, veteran actress Helen Mirren, Katie Piper - the victim of a heinous acid attack turned campaigner and television personality, female boxer Nicola Adams, author Monica Ali and US Vogue's Creative Director, Grace Coddington. 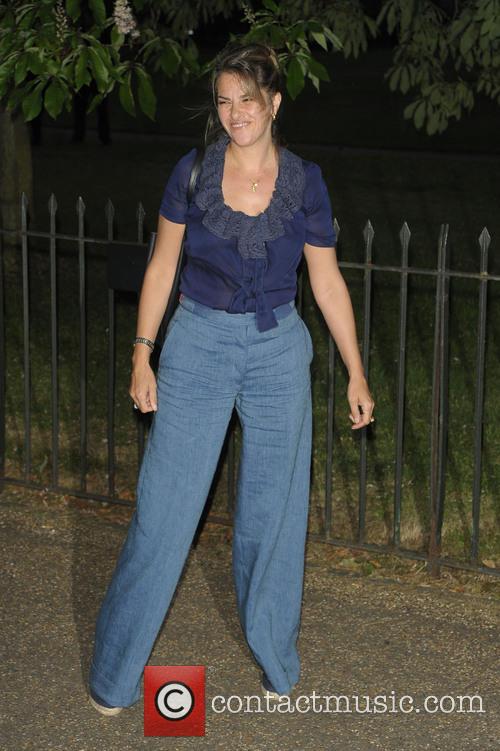 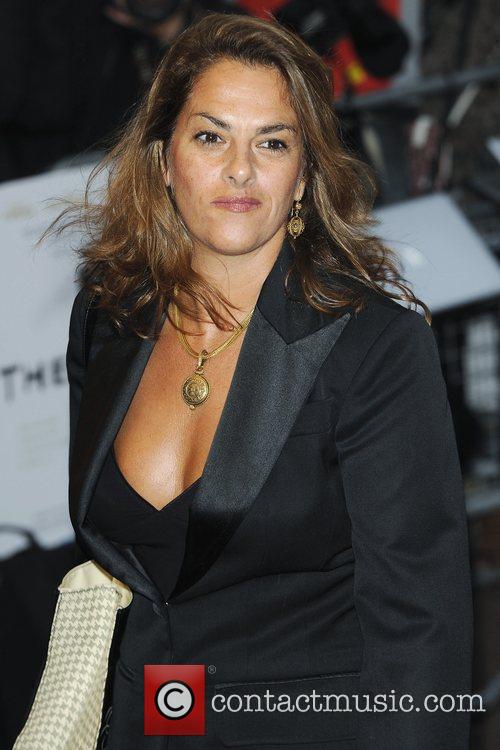 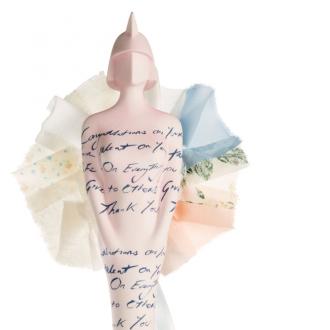 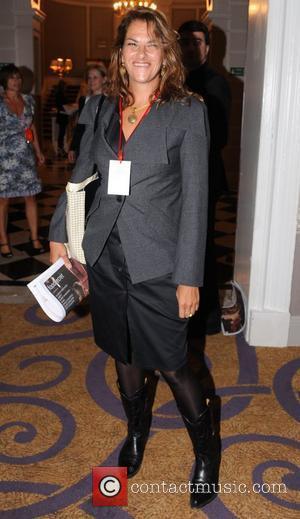