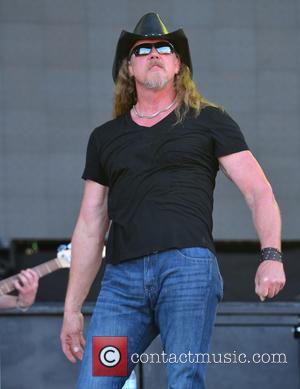 The Chrome singer and his now ex-wife separated last year (Mar14), after 16 years of marriage, and she subsequently filed for divorce, citing "irreconcilable differences".

However, according to documents submitted by Rhonda in the Chancery Court in Williamson County, Tennessee on 1 June (15), she filed to have the divorce expunged from the public record, leading some to believe the couple had resolved its differences.

But Adkins' lawyer, Larry Hayes, Jr., has confirmed the divorce battle is over.

He tells music website TasteofCountry.com, "The Adkins have settled their divorce amicably. Rhonda and Trace made this decision together in the best interest of their family. All that remains is for the court to approve the agreements that have been executed by them both. An updated petition seeking such Court approval will be filed in the coming days."

Trace and Rhonda wed in 1997 and have three daughters, aged from nine to 16.