Adkins Teams Up With Daughter For Touching Father's Day Video 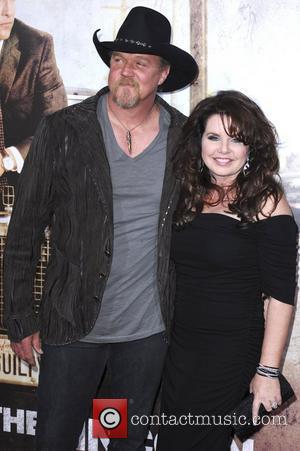 Country music star Trace Adkins has turned his new video into a family affair by hiring his youngest daughter to co-star.
Trinity Adkins teams up with her dad for the heartfelt promo for Just Fishin', which is being released to tie in with Father's Day later this month (Jun11).
The video features father and daughter enjoying a day at the lake.
A spokesman for the gravel-voiced singer says, "It is a particularly touching ballad from an artist whose famously imposing stature hides a heart of gold... (and the video) is as nostalgic as it is inspiring."