The former actress and reality star has been open about her financial problems in the past.

Tori Spelling is reportedly being sued by American Express over unpaid credit bills totalling nearly $38,000, causing her husband Dean McDermott to persuade her to file for bankruptcy.

The 42 year old actress and sometime reality TV star is said to owe a sum of $37,981.97 on her AmEx card, according to legal documents obtained by TMZ. Spelling attempted to pay some of that back on June 26th last year, but the payment bounced and now American Express is demanding full payment of, plus interest on, the remaining balance.

As a result, RadarOnline.com has suggested that McDermott, her husband of nine years and the father of her four children, is trying to persuade his wife to file for bankruptcy in face of this latest development. 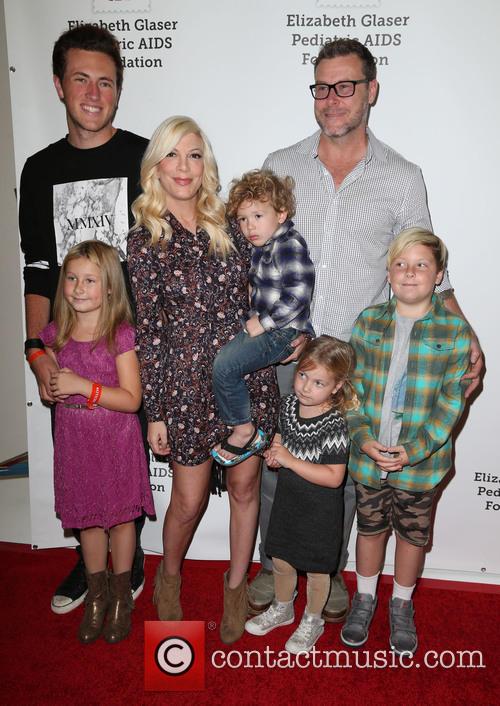 Tori Spelling with her family in 2015

In September 2015, Spelling filed a lawsuit against the Japanese restaurant chain Benihana after she slipped and fell onto the red-hot hibachi grill at the Encino, California branch, suffering second degree burns on her arm as a result.

The actress has been beset with financial problems ever since her father, producer Aaron Spelling, who cast her in ‘Beverly Hills, 90210’ and gave Tori her start in the industry, died in 2006. Her mother Candy, from whom she was estranged, was the executor of his estate and gave her much less than she had hoped to inherit, just $800,000 from her father’s $500 million fortune.

She told her now-cancelled Lifetime show ‘True Tori’ about her money struggles in 2014. “I feel so responsible for so many people and I can't do it. [I can't handle] the responsibility of having to take care of so many people financially, the fear of that. [It] doesn't matter. I know people look at me and they're like, ‘oh, poor you.’ Like, ‘boohoo, you have so many problems’.”