Spelling and her husband Dean McDermott are expecting their fifth baby.

Tori Spelling has announced that she’s expecting her fifth baby, having fallen pregnant at the age of 43.

Revealing that she and her husband Dean McDermott are expecting another little one, the former reality TV star told People: “It was a total surprise. But we always wanted a big family. I’m really excited.”

The couple are already parents to Liam (9), Stella (8), Hattie (5) and Finn (4), with McDermott already a father to 18 year old son Jack from a previous marriage. 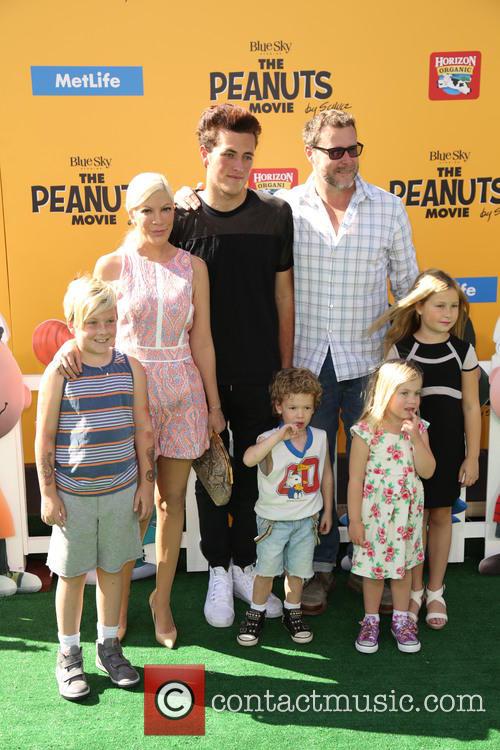 Tori Spelling with her family in November 2015

“Dean was saying, ‘We just got Finn out of diapers; I thought we were in the clear!’” the former ‘Beverly Hills, 90210’ actress continued with a laugh. “For the first time this year, they’re all in school. So it’s like, wow. We’re basically starting over.”

However, their family news comes just a day after Entertainment Tonight reported that Spelling has been ordered to pay nearly $39,000 to American Express over unpaid credit card bills.

Despite celebrating their tenth wedding anniversary in May this year, Spelling and her husband have spent the last couple of years trying to rescue their marriage after it emerged back in 2014 that McDermott had cheated on her with another woman.

“In our relationship, we've definitely had to, not start over, but rebirth the relationship as something that was new and kind of moving on towards the future,” Spelling told Entertainment Tonight back in January this year. “By doing that, we've had this great, amazing rebirth of our relationship, and it's more exciting each day.”

Speaking about the imminent arrival and how it might impact that re-building process, Spelling says she feels optimistic. “This baby happened at the best time. Nothing is ever perfect, but I’m so madly in love with my husband and with our kids. The idea of adding to that is such a blessing.”