The actress sat down with ‘Girls’ creator Lena Dunham for the latest edition of the ‘Lenny Letter’.

Tori Spelling and Dean McDermott’s martial problems became public knowledge two years ago, when the actor was accused of cheating on his wife. But instead of staying quiet on the rumours Spelling decided to document the couple’s problems on her reality show ‘True Tori’. Speaking to Lena Dunham, Spelling has explained why she decided to get so personal on her reality series, saying she "felt backed into a corner." 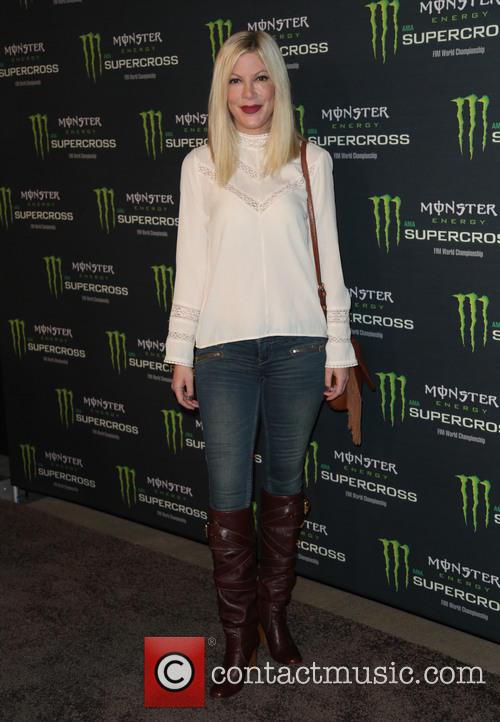 Tori Spelling has opened up about her husband’s cheating scandal.

"Like I didn't have a choice,” Spelling said in the latest edition of the 'Lenny Letter'. “Everything about me was stripped away with one magazine cover. That was it. It was that Us Weekly cover. I always say I can replay everything that happened during that time."

“The hardest part about it was, like, 'You're really going to put this on the cover of the magazine three days before Christmas? It's Christmas. It's family. I know we're in Hollywood, and I know we put a lot of ourselves out there, but really, we do this?”

“This wasn't going away. Everyone said, 'This happens all the time. Look at all the A-list celebrities. They used to complain about it. Then they go on and do a big movie and it just goes away,'" she continued.

"That's not my life. That's not my relationship with my fans. I'm not the type that can just go from talking about everything and then it's like, 'No personal questions,' the next time I do something.”

When asked if her husband was against putting the couple’s problems on television Spelling said: “It was honestly my decision. This was affecting me on many levels, not just the personal level. This is my career; this is, I hate saying it, my brand. All the lines blurred at that point. I obviously ran it by Dean, and if he had been adamant that he didn't want to do it, I would not have done it. I would have respected that.”

“He just said, 'Do what you have to do.' I said, 'Will you be a part of it?' He was at that point where he just was at the lowest point. He was in rehab, and he was just like, 'I fucked up. I'll do whatever I have to do to maintain our relationship.' It obviously became something that he was like, 'I don't want to do this anymore,' but at first, he said, 'Yes, that's fine with me.'”

During the chat Spelling also spoke about the legacy of ‘Beverly Hills, 90210’, the show which first made her famous. “I wouldn't be where I am if it wasn't for 90210.,” Spelling said. “You always have to be grateful and acknowledge where you came from. I'm excited when people call me Donna.”