Tori Spelling has admitted she lied about how she lost weight after giving birth to her son Finn in August 2012. The actress admits she didn't exercise and severely restricted her food intake. 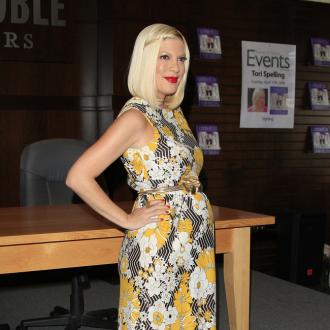 Tori Spelling lied about her weight loss after giving birth.

The 40-year-old actress has admitted she wasn't honest about how she shed the pounds following the birth of her son Finn in August 2012, revealing she severely restricted her food intake rather than taking up exercise like she previously claimed.

In April, Tori said she had taken up low-impact cardio and a healthy diet of fish and vegetables, but in her new autobiography 'Spelling It Like It Is', she wrote: ''I really don't exercise much, period. So I took off my weight the old-fashioned way. I like to call it the 'Just Keep Your F**king Mouth Shut and Eat Air' diet. It's all the rage.

''My publicist had given me clear instructions about what to say about my weight loss. Women didn't want to know that I had lost weight through dieting, not exercising. I didn't want to be the a**hole who didn't work for it. So I said that I swam. It was sort of a bad choice. I can't do much more than a doggy paddle.''

The actress - who also has son Liam, six, and daughters Stella, five, Hattie, two, with husband Dean McDermott - previously said she had taken up swimming to help lose weight and had substituted her husband's home cooked meals with lean sushi.