The former reality TV star tripped and fell onto one of the restaurant's sizzling hot hibachi grills back in April.

Tori Spelling is suing Benihana after suffering burns while visiting the restaurant with her family back in April this year, a new report indicates.

The former ‘Beverly Hills, 90210’ star, 42, filed a personal injury lawsuit against the popular chain of Japanese restaurants on Wednesday (September 2nd), according to a copy of court papers obtained by TMZ. In the suit, Spelling claims she suffered wage loss, hospital and medical expenses, general damage to her health and loss of earning capacity. 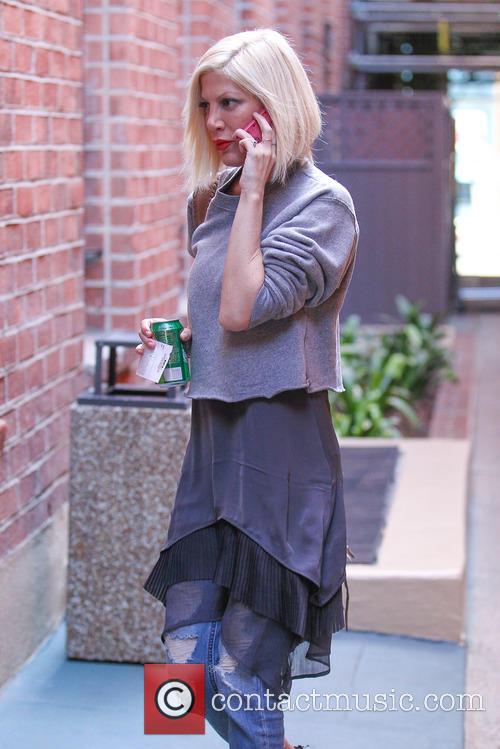 The star was dining at one of the chain’s locations in the Encino neighbourhood of Los Angeles on April 5th, with husband Dean McDermott, their four children and some other family members, when she tripped and fell, burning her arm on one of the restaurant’s hibachi grills.

A source told People at the time: “Tori hadn't even started to eat, when she slipped and fell. Not thinking, she grabbed onto the side of the hot grill and burned her arm. At the time, it didn't seem as bad as the doctors told her it was the next day.”

48 year old McDermott told the New York Daily News: “It was an unfortunate accident. She had a little burn… …she had to get skin grafts.” He made no comment at that point as to whether Spelling was going to press charges.

However, Spelling still found the time to take to Instagram on the same day to say how much she’d enjoyed her day out, despite receiving the rather nasty-sounding injury. “Thanks for an amazing day @Scoutmasterson and @TheBillHorn. Perfect #Easter Sunday! Aside from the Benihana Burn!”