Despite the tabloid's best efforts, Spelling seemed to have an enjoyable Christmas with her family

Boasting a story detailing a "cheating bombshell," Us Weekly made sure that plenty of people were discussing Tori Spelling and Dean McDermott when they gathered to tuck into their Christmas leftovers on 26 December. The former Beverly Hills, 90210 star hit headlines the day after Christmas when the magazine published a cover story alleging that Canadian actor McDermott has been cheating on his wife of seven years. 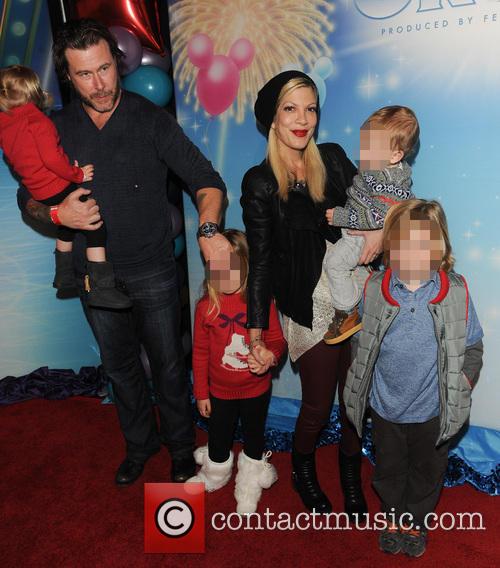 Is all well in the Spelling/McDermott household?

The story will hit newsstands on 6 January, 2014, but the publication's website uploaded the story just a day after Christmas, claiming that they had exclusive information concerning a cheating scandal surrounding McDermott. The cover story alleges that Dean had a one night stand with Emily Goodwin, 28, who spoke exclusively with the magazine in order to detail her supposed romp with the married man.

Despite the sordid details of the story, it contrasts massively with the image of the Spelling/McDermott household portrayed by Tori on her blog on Christmas day. In a post titled 'Merry Christmas from the McDermotts!' Spelling took a minute out to wish her fans a Merry Christmas and reflect on how grateful she is for "all of [her] blessings," adding; "We’re spending the day together – cuddling, cooking, baking, unwrapping gifts, eating, watching movies and counting our blessings..."

Contradicting majorly with the image of a broken home the Us Weekly article has tried to paint the McDermott family in, the picture on her blog features Tori's four children with Dean - Finn Davey McDermott, Hattie Margaret McDermott, Liam Aaron McDermott, Stella Doreen McDermott - and suggests that all is well inside their home, although, neither Dean nor Tori appear in the picture with their children. 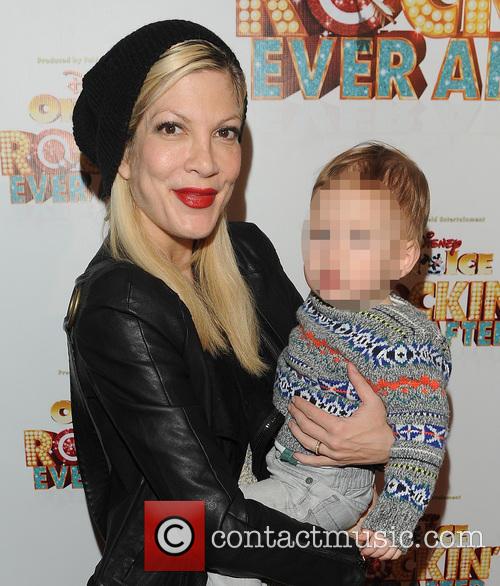 The report alleges that Dean had been cheating on his wife whilst filming Chopped Canada in Toronto earlier this year, with Goodwin claiming that she had a one night stand with Tori's husband of seven years after meeting him through friends. She claims to have spent the night with Dean after meeting him for the first time on 6 December, before meeting him again a few days after.

"He told me he and Tori had a sexless marriage," Goodhand told the magazine. "I believed him."

No one from the Spelling/McDermott has commented on the claims at the time of writing this. Of course, we all remember how Tori and Dean met...