Security Guards Working For Russian President Vladimir Putin Searched Singer Tori Amos' Dressing Room Following A Gig In The Country Amid Fears She Had Left Pro-gay 'Propaganda' In The Venue. 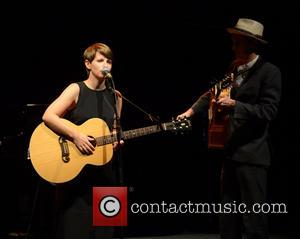 Putin was due to make a speech at the same venue the following day, and Amos was left stunned when his aides monitored the backstage area during the show to make sure she did not pull stunts to embarrass the politician.

She tells Q magazine, "When I was in Moscow last year it was a bit tricky because I was being pro-LGBT and Putin was speaking at the venue that I was playing in the following night. His security came backstage to ensure we didn't leave anything behind, if you see what I mean, no flyers, no writing on the wall... it was very threatening. The vilification of non-heterosexual people over there is real and scary."