Twenty five years after it's release, 'Boys For Pele' by Tori Amos is still as captivating and relevant as ever.

Twenty five years ago Tori Amos released her third full length album, Boys For Pele. It remains one of her most successful albums to date, even though it was by no means a conventional album; even then, and even by Tori's standards. At the time of it's release on 22nd January 1996 Rolling Stone magazine gave it two stars saying it's lyrics were "ultimately mystifying and, well, bad". (Hopefully in the two and a half decades that have followed they've revised that opinion upwards because Boys For Pele is a stunning album). 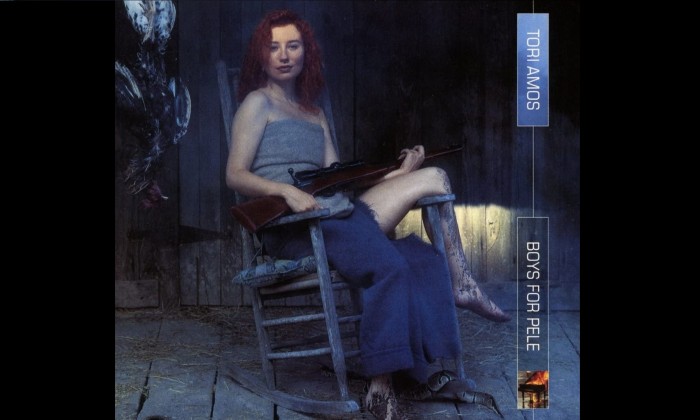 Following on from Tori's breakthrough album Little Earthquakes in 1992 and subsequently, Under The Pink, with it's huge single, Cornflake Girl some two years later, Boys For Pele came with a weight of expectation. Amos was only 32 at the time of the album's release and was only 31 when she started to record it in the June of 1995 but already it seems that Tori Amos had many things figured out.

Boys For Pele is in part about religion but it is also born out of relationship breakdown and Tori questioning her own place in each relationship she'd had up to that point.("All of us want to be adored, even for five minutes a day, and nothing these men gave me was ever enough." she said) After her relationship with former co-producer Eric Rosse went south not only did Tori go on to produce her own album but she also drew upon her experience to re-evaluate and write about it resulting in some truly sublime songs.

The boys in the title are her men, and Pele is the volcano goddess stealing fire from them. Striking out independently Tori Amos answered to no one for the first time and in doing so produced an album of exquisite wonder. Caught A Lite Sneeze, released three weeks earlier on January 2nd, was the album's lead single and it's first of five. It incorporated many of the elements that Tori would bring to bare on Boys For Pele including Harpsichord, Bösendorfer piano and drum programming sequences.

The album proper was conceived as four separate sides with the introductory interludes to each side being the beguiling Beauty Queen, the jaunty Mr Zebra, the superb, chorally enhanced, Way Down and finally the jazzy inflections of Agent Orange. After  the album's tender introduction comes one of Tori's career masterpieces; Horses. The balance of almost whispered vocals and faultless piano is one of the many highlights on Boys For Pele. The ever changing mood within the song gives the narrative extra gravitas as it moves from light and angelic through to dark, brooding and near sinister.

Tori's experience of meeting the devil (Tori was no stranger to hallucinogenic drugs at the time) gives rise to the multi-layered Father Lucifer and at the other end of the religious scale her feminist slant makes Muhammad My Friend a provocative proposition. Hey Jupiter, the album's forth single, plays to all of Tori's strengths. The piano instrumental alone is so well conceived and constructed it holds the song with such a delicate touch letting Tori's captivating vocal soar out across it.

Boys For Pele gave up three more singles, one version of which would go on to top the singles charts. Talula and In The Spring Of His Voodoo were more familiar Tori Amos compositions but it was to be a re-worked Professional Widow that would become Tori's biggest hit. Tori's swipe at Courtney Love was released in varying versions but it was Armand van Helden's remix that captured the hearts of the public and propelled it to number one.

After twenty five years Tori's Boys For Pele still sounds as relevant and as necessary as it did back then, it is a master class in songwriting, piano playing and creative arrangement. Re-visiting Boys For Pele only makes you marvel at it's sheer scope and depth. Listening to it is akin to visiting a greatest hits album by anyone else's standards. This is an album conceived entirely by Tori Amos and to a large degree about Tori Amos and it's one her finest albums to date.