Let the good times roll...Toploader are back this summer with the release of their eagerly anticipated new single, 'Time of My Life'.

Released on Aug 12th on S2, 'Time Of My Life' follows on from the phenomenal success of their anthem 'Dancing In The Moonlight', and the haunting 'Achilles Heel' both taken from the 1.5 million selling debut album, 'Onka's Big Moka'. The single is the first track to be taken from their forthcoming album, 'Magic Hotel', which is due for release in August and was recorded in LA at the same studio the Beach Boys recorded 'Pet Sounds'.

Filming for the video took place in Spain in late May and was directed by Douglas Avery (Kylie, All Saints, Levi's). The vibe of the promo reflects the band's energy, love for performing live and their up beat take on life.

At the end of June Toploader fans will be given the chance to hear the bands' new material when they play three free exclusive gigs around the country prior to the albums' release. The new album 'Magic Hotel' will be released on August 29th. A second single will follow in the autumn and will be supported by a nationwide 44 date tour.

Toploader - Time Of My Life... 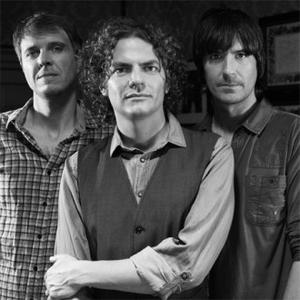