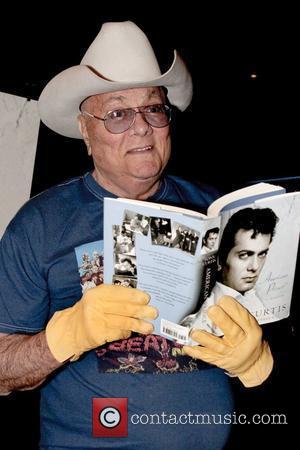 Women around the world are being offered the chance to have Tony Curtis' grandchildren - if they're willing to pay $10,000 (GBP5,263) for the privilege.

The offer comes from David Mandel, one of the twins a 1960s beauty queen has claimed was fathered by the screen legend.

Mandel and his brother GREG, who were given up for adoption and later went on to star as baby ADAM on the classic TV series Bewitched, came forward with their claims of being Curtis' children in 1993.

And while Curtis has insisted he didn't father PEGGY POTTER's sons, Mandel is stepping forward for paternal acknowledgement again, following the recent death of the actor's ex-wife Janet Leigh.

Mandel tells the NATIONAL ENQUIRER, "The truth is, I really believe that Tony is my dad and he can be your baby's grandfather if my new business venture works.

"Peggy was a sweet girl of 18 who said she was swept off her feet by Tony, a big movie star and a much older man.

"Then when she got pregnant, she said Tony dumped her. Peggy said he eventually settled a lawsuit with her to cover her medical expenses even though he didn't admit paternity.

"All I want him to do is take a paternity test. And once the test proves Tony's my father, I've decided to set up a website (HOLLYWOODBASTARD.COM) where Tony's fans or couples who can't conceive can buy our sperm for $10,000.

"Frankly, it was Janet Leigh's recent death that got me thinking I should find out sooner rather than later. I mean Tony isn't getting any younger.

"I'd like to pass on that face to future generations." 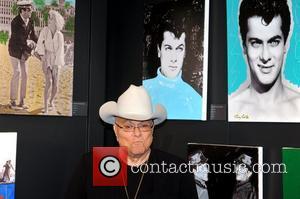 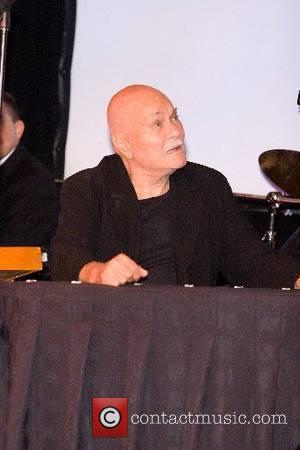