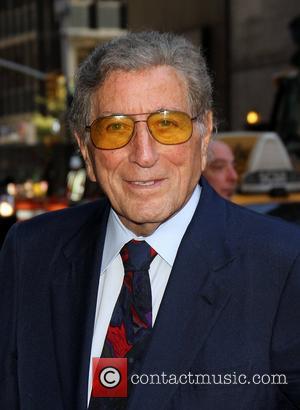 Even at the ripe old age of 86, Tony Bennett is still more active than most mid-twenty-year-olds. He has one of the longest musical careers that is still alive and kicking, and has still yet more planned. Tomorrow sees the release of a detailed documentary about his life, created by his son Dan Bennett, called 'Zen of Bennett'.

The film includes a portion dedicated Bennett's relationship with Amy Winehouse, with whom he recorded her last duet before she died. The film will coincide with the release of his third album of duets, entitled 'Viva Duets'. This latest album is a collection of duets with the world's best Latino artists. In an interview with TIME he spoke about the recording process, saying "We [went] where they live, so each record took a couple of days of getting to know them, meeting their managers and their friends, and they became great relationships." He said, "They're really tremendous artists, each one of them."

He seemed even more excited, however, about another upcoming project with Lady GaGa. "Lady Gaga called me from Australia and she said, "I want to do a jazz album with you."" The impressive octogenarian revealed, "So we're going to doing it with Marion Evans, the great orchestrator. We're going to have a big swinging album." He sang high praise for the quirky singer, "I call her the Musical Picasso. She's so creative and she changes every two minutes" he said. Later, he revealed that there was nothing in his entire back catalogue (which is incredibly extensive) that he regrets, hopefully Gaga wont put an end that immense 60 year streak and will prove to be another triumph with another of pop's biggest character's.