The legendary singer has teamed with Gaga for 'Cheek To Cheek', an album of jazz standards.

Tony Bennett will be celebrating hitting the top spot of the US billboard charts this weekend, beating his own record for the oldest living artist to earn a number one album. The 88 year old released Cheek To Cheek, an album of jazz duets with Lady GaGa on September 23rd, and has so far sold over 131,000 copies of the album. 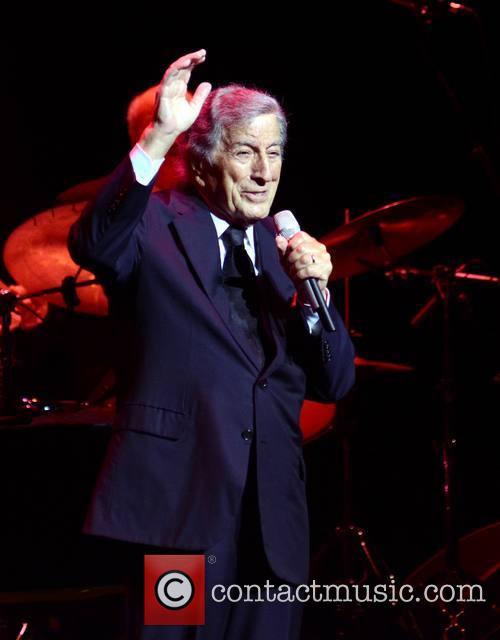 The album is the third number one debut in a row for Bennett’s collaborator Lady Gaga, who last hit the top spot with ARTPOP, less than a year ago. For Bennett, it marks his second number one album after he set his original record for oldest living artist to earn a number one, with Duets II in 2011.

Lady Gaga shared her delight on twitter writing, “I’m so proud to have the #1 album in the country, with the greatest guy I know @itstonybennett #CheekToCheek.” The album's success also sees Gaga break a record of her own, becoming the first female solo artist to score three US number one albums in this decade.

Gaga and Bennett beat off stiff competition from both Kenny Chesney and Barbra Streisand who took the number two and three spots respectively. Cheek to Cheek is also sitting at the number one spot on both the Jazz Albums and Traditional Jazz Albums charts.

I'm thrilled that @ladygaga and my CHEEK TO CHEEK is #1. Lady, you are a beautiful artist! pic.twitter.com/QOIzgEa00m

The Cheek to Cheek album was record over a one year period in New York City and features musicians associated with both artists. The duo will perform together early next year on Sunday, Feb. 8 at The Wiltern after the Grammy awards ceremony. The show will feature the two singers performing with both a big band and an orchestra.