Nothing can slow this crooner down.

Tony Bennett celebrated his 90th birthday yesterday (August 3rd 2016) and with it came news that he's planning on recording another album with Lady GaGa, with whom he released the number one record 'Cheek To Cheek' in 2014. It's not clear whether this time it'll be original songs, or another covers series. 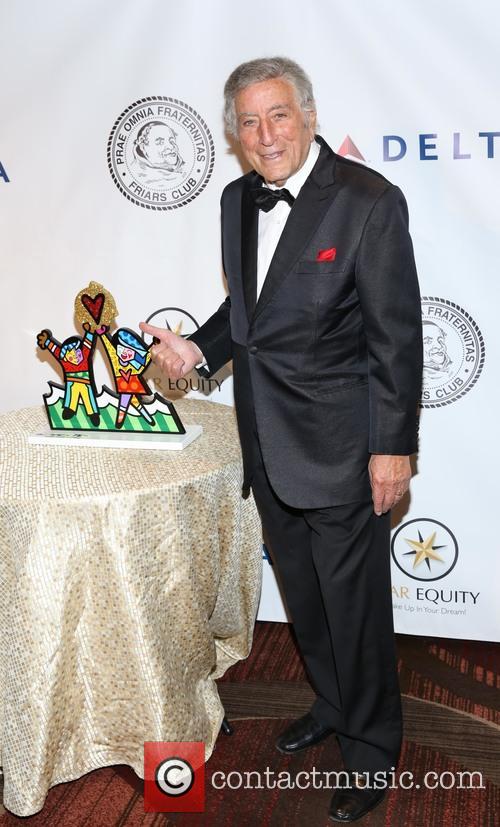 The veteran pop standards crooner reflects on not just 90 years on the planet, but 65 years in the music industry which has seen him win 19 Grammy Awards, 2 Emmys, a Star on the Hollywood Walk of Fame and New York City's Bronze Medallion. His most recent known work is Bill Charlap collaboration 'The Silver Lining: The Songs of Jerome Kern', but before that he topped the US charts with 2014's 'Cheek to Cheek' alongside Lady Gaga; an album of classic tunes which he hints they might follow-up soon.

'She and I are talking about doing a second album', he told Billboard. 'She's busy right now, but at the beginning of next year we'll start doing an album. The first one went way over a million, and it's still selling.' He adds that the supposed future album will be full of 'just wonderful songs that she and I both like'.

As for what Gaga is busy with at the moment, she's finished work on 'American Horror Story: Hotel' for now, but she's currently preparing for work on the 2017 musical 'A Star Is Born' co-starring Bradley Cooper. Bennett, meanwhile, is about to publish his fifth book of memoirs entitled 'Just Getting Started' on November 15th 2016. This new release will explore the connections he's made with various stars around the world from Frank Sinatra and Charlie Chaplin to Martin Luther King Jr. and Amy Winehouse.

More: Read our review of 'Cheek To Cheek'

'They're all people who were completely committed to doing great shows and great things, and they were all different, each of them', he said of the book. 'Each one is completely different then anyone else; they're just themselves.'

Despite now being a nonagenarian, Bennett insists that the years hasn't changed the way he connects with people. 'I just love the fact that in an era where everything's based on youth I can communicate with everybody - the young, the middle-aged and the old like me', he says, adding: 'I'm very content.'