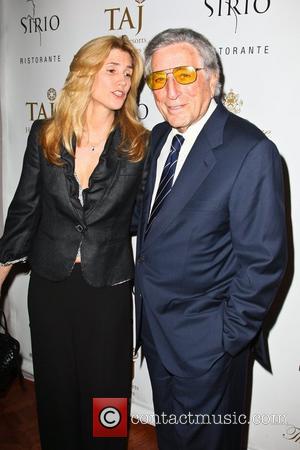 Tony Bennett and Jennifer Hudson took to the stage in New York City on Thursday night (21Mar13) at a special gala in memory of late singer Amy Winehouse.

The Back To Black hitmaker's parents hosted the first annual Amy Winehouse Foundation (Awf) Inspiration Awards and Gala in the Big Apple to boost funds and raise awareness of the charity set up in her name following her death in 2011.

Bennett, who championed the troubled star while she was alive, was one of the A-list guests at the event, and took to the stage to sing classics Maybe This Time and Watch What Happens.

Speaking of how Winehouse fulfilled her ambitions before her death, Bennett explained, "Her dream was to become famous and a beautiful singer, and she accomplished that. Even though she had a short life, she had a great life because she ended up praying for the success that she wanted, and it happened. This is what this night's about."

As part of the gala's prizegiving, Bennett was handed a lifetime achievement award.

Oscar winner Hudson also performed three songs at the event, which attracted guests including Harry Belafonte, Sean Lennon and producer Mark Ronson. Rapper Nas, who worked with Winehouse before her death, accepted The Awf Inspiration Award for a New Generation trophy via videolink.

Winehouse's father Mitch says, "These four men are extraordinarily talented individuals who have inspired greatness in others. It is only fitting that they are among the first Amy Winehouse Foundation honourees."

The event took place at Manhattan's Waldorf Astoria Hotel. Winehouse died from alcohol poisoning at her London home in July 2011.