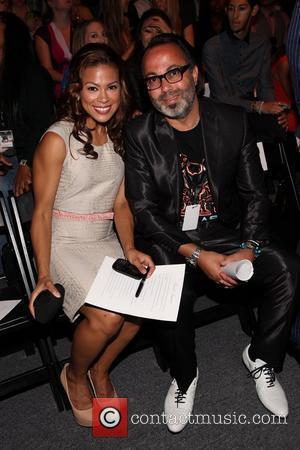 Twilight fever is at its peak, with people across the globe already pitching up their tents in queues outside box offices in anticipation of the first screenings of the final instalment of the massively popular franchise. With the film not set to come out until the 16th (only 4 more days!), the good people over at Twilight HQ have already begun giving out the sneak peaks and surprises, and the latest one is the unveiling of new vampire Mary, played by Toni Trucks.

Whilst the general release isn't until the 16th, the film actually premieres tonight in Los Angeles, with subtle hints travelling around that some people may think that this is quite a big deal. For those of you who may be a little apprehensive about the saga coming to an end, don't worry, as newbie Trucks has reassured fans that they will be in for a treat, saying, “I don’t think people will be disappointed."

Speaking with ABC News, Toni refused to give any spoilers away, but was wholly positive when recalling her brief time with the franchise and it's fans. She even has her own fan base now, who go by the name of 'Toni’s Truckers.'

So, with not long to go, we'll soon see if Toni gets a lot more Truckers joining her fan-base after the final release. We'd be surprised if she didn't.