Toni Braxton was unsuccessful in her bid to buy back 27 of her most famous hits following an agreement with her trustees to buy back material from her catalogue. 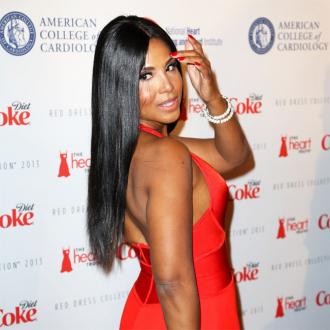 Toni Braxton has lost the copyright to over 20 of her songs.

The six-time Grammy Award winner was unsuccessful in her bid to buy back ownership of some of her most famous hits - including 'You're Making Me High,' 'How Many Ways,' and 'Always' - after finally making an agreement to resolve a bankruptcy issue, including settling a debt of $150,000 last month.

As part of the agreement, Braxton was given the opportunity to buy back some of her personal property by paying monthly instalments and enter an auction to purchase the copyright of 27 tracks for $20,000 when they were put up for sale on July 15 as long as as no one out-bid her.

However, buyer Ross M. Klein doubled the offer made by the 45-year-old singer meaning he now owns the rights and can profit from the songs, according to TMZ.

While Toni's most famous hit 'Unbreak My Heart' is not to have been included in the auction, the loss of her music still comes as a bitter blow to the star after number of financial disputes with her trustees.

Toni - who had previously filed for bankruptcy in 1996 - had legal trouble this year after her debtors had tried to claim $754,000 in fees she earned for overseas performances. The company argued she had her payment pending in an escrow account before before her bankruptcy filing.

The singer and her trustee finally came to an agreement this week and agreed to pay the $50,000 she owed for the property and $100,000 from the performances.