Toni Braxton has been hospitalised in Los Angeles for the second time this year for a few minor health issues relating to his Lupus disease, which affects the immune system, but has assured fans she is doing well 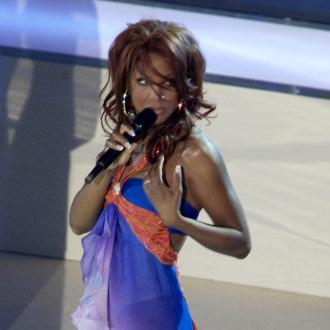 Toni Braxton has been hospitalised in Los Angeles.

The 'Un-Break My Heart' singer - who previously suffered a flare-up of her condition Lupus, which causes the immune system to attack healthy cells, tissue and organs, earlier this year - is reportedly seeking medical treatment for new health issues relating to the disease.

The R&B star confirmed she is battling ''minor heath issues'' on her official Twitter page and later assured concerns fans she is okay, saying: ''But no worries. I will be out any day now.''

Toni - who has two sons, Denim, 11, and Diezel, nine, with her former husband, Mint Condition musician Keri Lewis - admitted in a recent ''20/20'' interview that doctors told her that her performing career would likely be diminished when she was originally diagnosed with Lupus and she also revealed that the disease forced her into bankruptcy again.

The 45-year-old star has suffered a string of health setbacks in recent years.

In 2008, she revealed she suffers from pericarditis, an inflammation of the sac surrounding the heart, after being made a spokesperson for the American Heart Association.

The singer - who also has hypertension, most commonly referred to as high blood pressure - said: ''I have heart disease. I found out about four or five years ago. I've also been diagnosed with hypertension.

''When I found out I was disappointed. I didn't get it. But I soon learnt I had to make lifestyle changes. I always ate relatively well, but sometimes I would have pizzas and burgers late at night - I had to change that.''