Toni Braxton: 'Grammy Award-winning Song Was All About Marijuana' 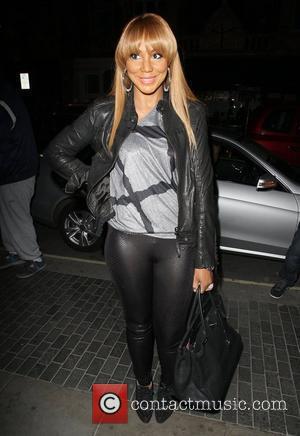 Toni Braxton has confessed her 1996 Grammy Award-winning tune You're Making Me High is all about the joys of marijuana use.

Fans and the singer's family have always thought the song is a sexy and sensual ode to new love, but the singer herself admits it's all about getting high.

In a new interview for an upcoming Vh1 Behind The Music expose, she reveals, "A week before (writing the song with Babyface and Bryce Wilson), I was introduced to marijuana, and I got high for the first time and so I added that in the song.

"In the bridge, I'm singing, 'I want to feel your heart and soul inside of me/Let's make a deal you roll, I lick/And we can go flying into ecstasy' - I was talking about (rolling and smoking a joint)."

No one dug deep into the lyrics and the song went to number one on the Billboard Hot 100. It also won Braxton a Grammy Award for Best Female R&B Vocal Performance.