Braxton Not Looking To Divorce 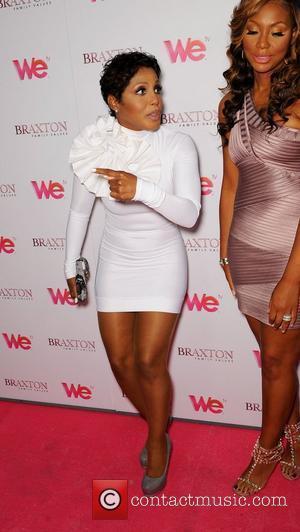 Singer Toni Braxton has no plans to legally end her marriage to estranged husband Keri Lewis, because she can't bear to break the news to the couple's two young sons.
The star split from Lewis, a former member of R&B band Mint Condition, in late 2009 but the pair has remained close for the sake of their boys Denim, nine, and Diezel, eight.
And Braxton admits she can't see herself filing for divorce to finalise their split for fear of upsetting her children.
She tells Sister 2 Sister magazine, "We co-parent together. Sometimes he stays over with the kids; he's very involved with his kids... April would have been 10 years (since we wed). We're, like, the best of friends.
"We told the kids, 'Sometimes mummy and daddy need a little break.' That's probably why I haven't done a straight divorce yet."