Tommy Lee is set to walk down the aisle for a fourth time, as the 51 year-old has proposed to his 30 year-old German singer girlfriend Sofia Toufa.

Rocker Tommy Lee is going to tie the knot for the fourth time.

The Mötley Crüe drummer is set to marry is long-term girlfriend Sofia Toufa, after announcing their engagement news via his twitter account on Monday (Feb 24th).

"There comes a time in a mans life when you just know your partner is for LIFE!!" Lee posted. "Say hello to my fiancé and soon to be wife @SOFIofficial."

30 year-old Toufa also shared the news on social media as she playfully tweeted, "I'm something that rhymes with Beyonce!!!!!"

Sofia, who calls herself SOFI (SomeOtherFemaleInterest), is a German singer who is based in Los Angeles and has provided vocals for artists such as Deadmau5, Moguai and Savoy.

The future bride and groom have been in a relationship since 2009.

Could the fourth time be the charm for the 51 year-old?

Tommy's first marriage was to model Elaine Bergen in 1984, but after their divorce a year later, he then wed actress Heather Locklear in 1986, which ended seven years later.

His most notable marriage was to 'Baywatch' actress Pamela Anderson in 1995, with whom he shares two children, Bandon (17) and Dylan (16). The couple were most famous for a leaked sex-tape, which shows the pair conducting sexual activities while on vacation.

However, their relationship came to an abrupt end after Lee was accused of attacking Anderson in 1998, and was subsequently jailed for fourth months.

This marriage may work as Lee will have more time on his hands after Mötley Crüe, who announced their retirement earlier this year, have finished a 72 date world farewell tour. 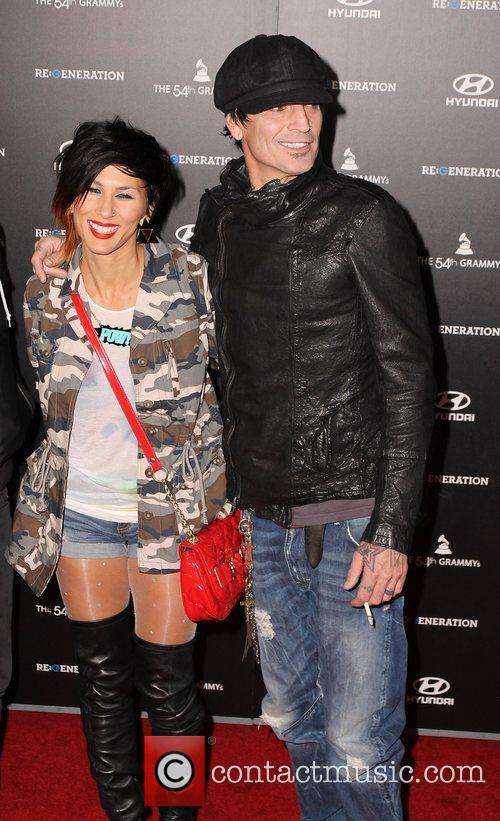