The pair allegedly had a violent altercation at Tommy's home this week.

Tommy Lee has ended up with a badly bruised face after an altercation with his son Brandon turned physical earlier this week. He claims that he was attacked while in bed with his partner at his Calabasas home. No arrests were made, but he was taken to hospital to be checked out. 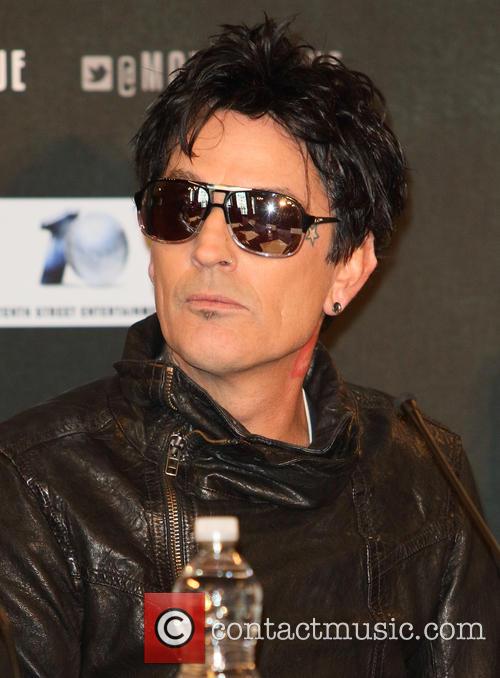 The 55-year-old Mötley Crüe rocker has claimed that his 21-year-old son, Brandon Lee, from his marriage to Pamela Anderson, attacked him at his home on Monday (March 5th 2018), rendering him unconscious. Brandon claimed to TMZ that he acted in self-defense, but Tommy Lee has denied any violence on his part.

'Hey TMZ maybe get your facts straight before you go reporting bulls***', he wrote on Twitter. 'My fiancé and I were in bed when my son busted into the room and assaulted me. I asked him to leave the house and he knocked me unconscious. He ran away from the police. THAT'S the truth.'

His fiancee, 31-year-old Brittany Furlan, also commented on the situation, after another Twitter user alleged that Tommy had been disrespecting Brandon's mother, saying: 'Violence is NEVER the answer. No matter the situation. People need to learn to talk things out, not throw punches. It's not necessary and doesn't solve anything.'

Tommy apparently posted pictures of his bruised face and bloodied lips on Instagram, before deleting it. 'My heart is broken', he captioned the shot. 'You can give your kids everything they could ever want in their entire lives and they can still turn against you. Good job Brandon! Great son!'

More: Pamela Anderson on the sexual misconduct scandal of Hollywood

No further statements have been given by Tommy or Brandon at this time. Nor is Pamela Anderson thought to have commented on the incident. A source also told TMZ that Tommy had been drunk at the time, but whether or not this had any bearing on the argument has yet to be clarified.