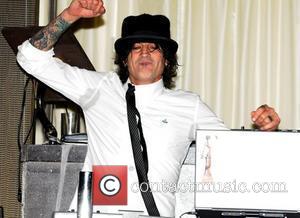 Tommy Lee struggles to understand why people want to watch an infamous sex tape featuring him romping with ex-wife Pamela Anderson.
The film, including a scene of the former Baywatch star performing sex acts on Lee, was leaked to a porn company and widely distributed in the 1990s.
But the Motley Crue musician insists it's "weird" members of the public want to watch the intimate footage.
He says, "The (internet) video of (me and Pamela Anderson) was of two people who had recently gotten married and who were having fun. It wasn't meant for other people to see.
"My thoughts about (that) are that it's weird. It's very strange that other people are looking into your life and sexual behaviour. It's very f**king weird! I don't get why people feel they have to see that. Apparently millions of other people feel otherwise..."