The gritty, quasi-feminist Western is due to screen in the UK in October and the US the following month

The new film by Tommy Lee Jones The Homesman is gearing up for its release in cinemas in the coming months, and we’ve gotten hold of a poster, a trailer and shots from the film’s set. 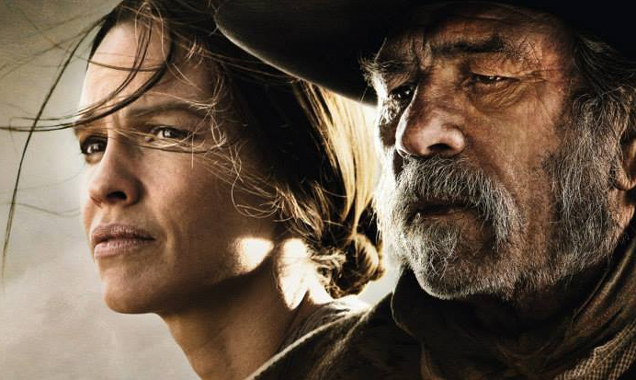 Poster for The Homesman, out on October 17th in the UK

The Homesman is a period western set in the mid-19th century based on a 1988 novel of the same name by Glendon Swarthout, and stars Hilary Swank, Hailee Steinfeld, William Fichtner and Meryl Streep.

Tommy Lee Jones, who also directs the film with a bit of help in production from Luc Besson, plays George Briggs, a dishonest claim jumper whose certain death is prevented by Mary Bee Cuddy (Swank). In return, Cuddy recruits him to help her escort three insane women, whose husbands can no longer cope with them on a treacherous, five week journey from Nebraska to Iowa.

The Homesman was initially shown at the Cannes Film Festival back in May, where it was nominated for the Palme D’Or but lost out to the Turkish film Winter Sleep. It got largely positive reviews at the time, with many pointing out the quasi-feminist nature of the cast and plot, unusual for Westerns. 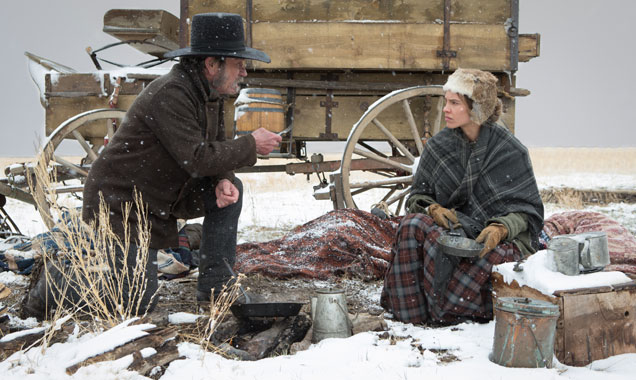 Jones has occasionally been known to have a hand directing his films as well as starring in them. In 2011 he directed a movie version of the play The Sunset Limited, and in 2005 directed The Three Burials of Melquiades Estrada.

The Homesman will be released in UK cinemas on October 17th.

Watch the trailer for The Homesman here

In the Electric Mist Movie Review