Comedian Tommy Chong Is Preparing To Undergo An Operation As Part Of His Ongoing Cancer Battle. 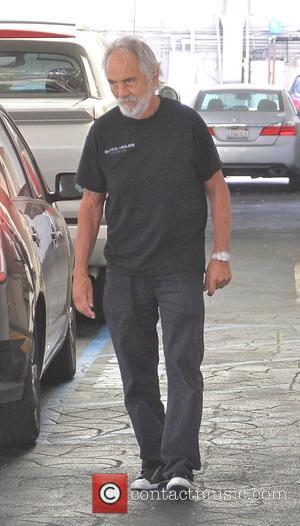 The Cheech & Chong star was diagnosed with prostate cancer in 2012 and he shunned traditional treatment for alternative therapies. He was declared free of the disease a year later (13).

However, the 77 year old announced over the summer (15) that the cancer had returned, and he has now confirmed he is set for surgery.

Chong went public with the news while picking up an award at the Las Vegas Hempfest over the weekend (03-04Oct15), and he told the crowd the operation spells "good news".

"A couple of years ago I was going around the country bragging that I had beat my cancer with marijuana," he said. "Only trouble is: I don't know what kind of strains I used, but I used the kind of strain that the cancer said, 'Oh f**k I like this one'. And it came back, big-time. But I'm fighting it. I'm due in for an operation at the end of this month. By the way it's good news: I'm going to get a new a**hole..."