Comedian Tommy Chong Is Undergoing Treatment For Rectal Cancer, Two Years After He Declared Himself Free Of The Disease. 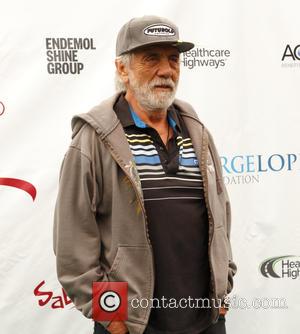 The Cheech & Chong star and marjiuana advocate was diagnosed with prostate cancer in 2012 but shunned traditional forms of treatment for alternative therapies including hemp oil, supplements and a diet overhaul.

The 77 year old declared he was cancer-free in 2013, but has now admitted the disease has returned and he is turning to marijuana for pain relief.

He tells Usmagazine.com, "I've had some medical issues lately... I got diagnosed with rectal cancer... I'm using cannabis like crazy now, more so than ever before... I'm in treatment now. I've been - just the case either way, either I get healed or I don't (sic). But either way, I'm going to make sure I get a little edge off or put up."