Tom Williams and the Boat's new single, My Bones, was released as a free single on February 20th, 2012, through Moshi Moshi Records / Wire Boat Recordings. It is the lead track from their forthcoming album, Teenage Blood, which will be released on April 19th, 2012.

The video for My Bones was filmed, directed, & produced by Anthony Jarman. We see Tom Williams And The Boat performing My Bones in the studio, as well as discussing their instruments and having a quick tea break in between takes.

In November 2011, the band teamed up with PledgeMusic. They are giving the fans the opportunity to 'pledge' for Teenage Blood, with a gift of choice. Gifts include signed CDs; posters and vinyl and even a chance to be Tom's penpal for a year! The full list and how to pledge is on the band's Facebook page and a percentage of the proceeds are going to the Kent Air Ambulance

Tom Williams and the Boat are set to headline The Bull & Gate in London on March 22nd, 2012, as part of BBC 6 Music's tenth anniversary celebrations.

Tom Williams and The Boat -... 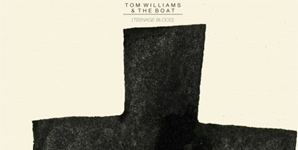 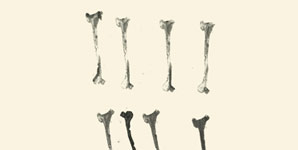