Tom Stoppard's Parade's End made it's U.S. premiere on HBO this week. 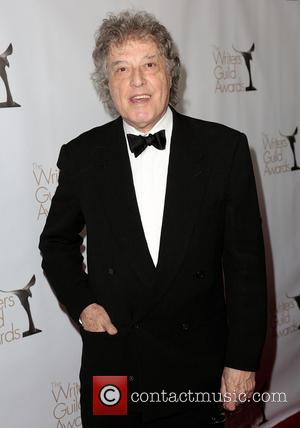 The British playwright - now considered the finest the country has to offer following the death of Sir Harold Pinter - has adapted classic novels for television or film before (Nabokov, Tolstoy, Le Carre) and was this time tasked with bashing Ford Madox Ford's series of four 1920s novels into a five-part miniseries. "The problem was that I had to invent a lot," Stoppard told the Los Angeles Times, citing the stream of consciousness battle scenes as particularly complex to write, "There's no particular dramatic situation, let alone dramatic momentum - a character could be somewhere, or nowhere," he said. The series drew 3.5 million viewers and plenty of strong reviews after premiering in the UK last summer, though it seems Americans are dazzled by Stoppard's overt Englishness too. "Moment after moment the drama deepens, the rich complexity of Ford's characters make themselves felt in all their strangeness and variety," said the Wall Street Journal. David Hinckley of the New York Daily News wrote, "HBO'S new miniseries Parade's End won't stop the "Downton Abbey" DTs. But it can soothe the pain with wonderful visuals and superb performances by Benedict Cumberbatch, Rebecca Hall and Adelaide Clemens."

Hall came in for high praise from Stoppard too, "[She] really nailed it - she's one of those ambivalent characters about who you think, well, she really does have a point - he would be very difficult to live with, this good man," he said.

Sir Tom Stoppard Says He Dumbs Down for Modern Audiences