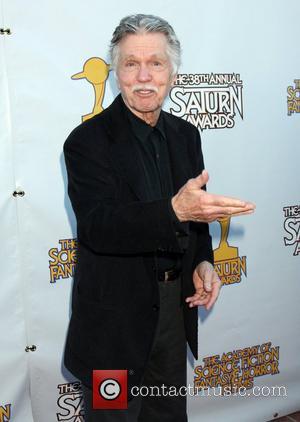 TOP GUN star Tom Skerritt is heading to court to clear his name after being linked to a new erectile disfunction supplement.

The rugged movie veteran's face has been pasted onto the body of a character endorsing Los Angeles company BODY BASICS' new ACTRA-RX drug, which the firm boasts corrects virility problems.

And the father-of-four is furious because he never gave permission for his image to be used in the billboard advertisments, in which he's being hugged by a female blue alien.

His attorney AARON MOSS says, "He never OK'd it or knew about it. He has appeared onscreen as a virile rugged man and now he's the involuntary pitch man for an erectile disfunction supplement. It harms his future marketability.

"He looks pretty ridiculous and he feels ridiculous."