Tom Sizemore has apologised to his former boss Michael Mann on U.S. TV - admitting he reached his lowest point after the director refused to take his calls following the cancellation of their show ROBBERY HOMICIDE DIVISION.
The troubled actor has battled substance abuse since the late 1990s, but managed to secure roles in high-profile movies including Saving Private Ryan and Black Hawk Down.
In 2002, he landed a part in Mann's TV cop series Robbery Homicide Division, which instantly won praise from critics, but the show was cancelled after 10 episodes, ending the following year (03).
Although the series failed to compete with rival police programme Law & Order: Special Victims Unit in the ratings, Sizemore is convinced the show was axed following his arrest for assaulting his then-girlfriend, Hollywood madam Heidi Fleiss.
And the star insists he reached his darkest days when his boss and pal Mann wouldn't speak to him.
In an interview with U.S. newsman Larry King, he says, "Michael Mann wouldn't return any of my phone calls. He's a great director, but he was my friend... I fell a great distance. Michael, if you see this, I'm very sorry.
"(My lowest point was) calling the office and the gentleman (on the phone), saying, 'Tom, he just doesn't want to talk to you'. I mean over and over. The first time I went, 'Why?' Well, I know why, because of what I was doing. I said, 'Tell him I need to (speak to him)'.
"It wasn't (that) he was being mean... He was angry about the show being cancelled, Robbery Homicide Division, which was one of the greatest crime dramas ever made.
"I was the star of it and I got arrested during it. That may have cancelled it. Who knows? I have a great deal of guilt about that and I'm very sorry for it, but it happened.... Michael was my friend. He wasn't a director guy I worked with." 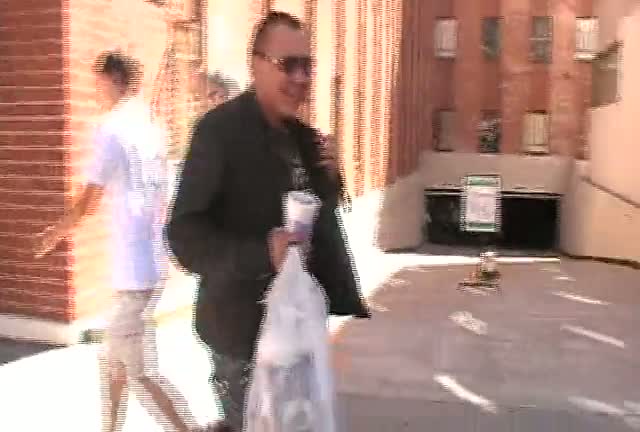