The famous actor grows avocados on his 60 acre ranch in Westlake Village, and has been accused of stealing water from a local district to irrigate it.

A municipal authority in drought-stricken Los Angeles has accused veteran ‘Magnum P.I.’ and ‘Blue Bloods’ actor Tom Selleck of illegally siphoning off water from a public hydrant and using it to irrigate his avocado ranch in Westlake Village.

The Calleguas Municipal Water District in Ventura County, California has claimed that a tanker truck has filled up at a public water hydrant over a dozen times, and then transported that water to Selleck’s private 60-acre property. The district claims that, through hiring a private investigator, it has ascertained that this has been going on as far back as 2013.

Representatives for Selleck and his wife Jillie, who is also named in the lawsuit, have not commented on the allegations which emerged on Wednesday (July 8th). Ventura County Sherriff’s Department has also intervened but has not been able to ascertain that a crime has been committed, but any proceedings could go along civic lines. 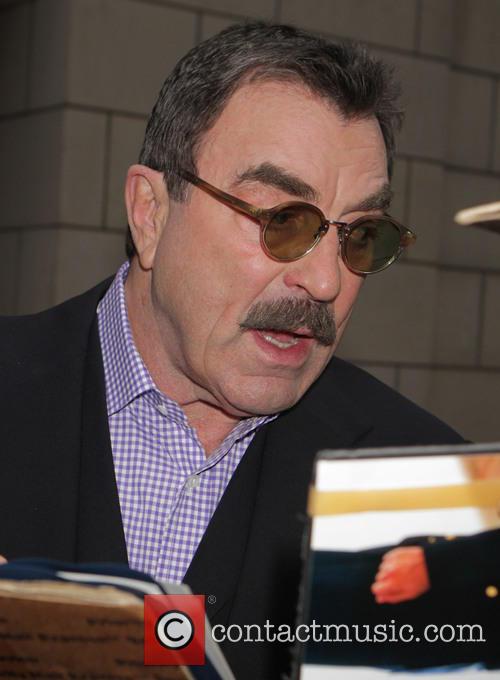 Communities throughout California have been instructed to reduce their water use, in the face of a state-wide drought that’s been going on since 2011 – the worst in 1,200 years, according to geophysicists. Residents in places are not allowed to water their lawns, and restaurants no longer give water to diners unless they ask for it. The area in which Selleck’s ranch is located has had 36% reductions enforced upon it.

However, the district authority claims that the truck in question has been spotted filling up at the hydrant as recently as March 2015, even though it had sent cease-and-desist letters to Selleck’s ranch before then.

The district is believed to be seeking an injunction against Selleck and his wife, his employees and contractors from taking water and $21,000 in damages, as well as investigative costs and legal fees, in documents obtained by Entertainment Weekly.